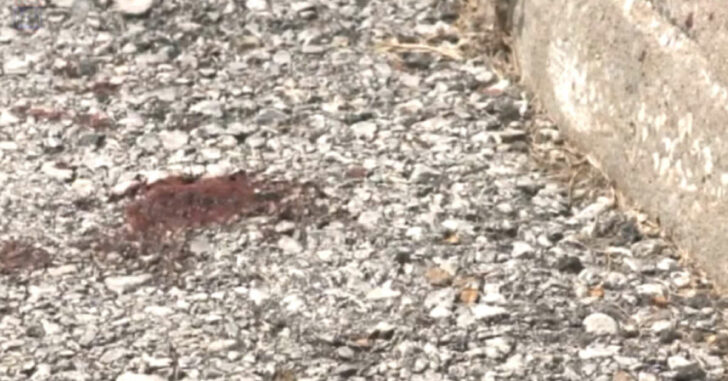 KANSAS CITY, MISSOURI — Parked in a parking lot in a dimly lit municipal recreation area, a man and a woman were minding their own business late one night when an armed, masked man decided to stick a gun in the woman’s face and demand all their money.

In a very emotional interview, the woman told FOX News that the man behind the wheel responded with deadly force. The robber, however, wasn’t going down without a fight.

She described a momentous exchange of gunfire before the robber fell to the ground. The driver of the vehicle got out, went around the truck and shot the robber again. The robber died at the scene.

By this time, the woman was so hysterical that she demanded to be driven home. The armed citizen left the scene and dropped her off. He talked to police and returned to the scene to comply with their investigation. They brought him in under a 24-hour arrest without citing him for any specific charges.

Prosecutors are still determining whether they will file any charges.

No one was hurt or injured but we’re sure the inside of his truck looks like a war zone.

It’s a miracle both of them got out of that situation alive. Likely case is the robber wasn’t expecting resistance and the gun owner managed to get an upper hand. Panic, fear, and blood likely drove the rest.

In either case, the armed robber picked the wrong dimly lit parking lot to mark his prey. And spray and pray didn’t save him, either.

A Kansas City prosecutor team will determine whether any wrongdoing was done.

One guy refused to be a victim. Can we blame him?

The 24-hour hold means the prosecutor team has 24 hours to find some charge of wrong-doing and charge him with it. Whether or not that charge sticks is up to a judge and jury to determine.

The only real suggestion we have: maybe take her to a drive-in theater next time?