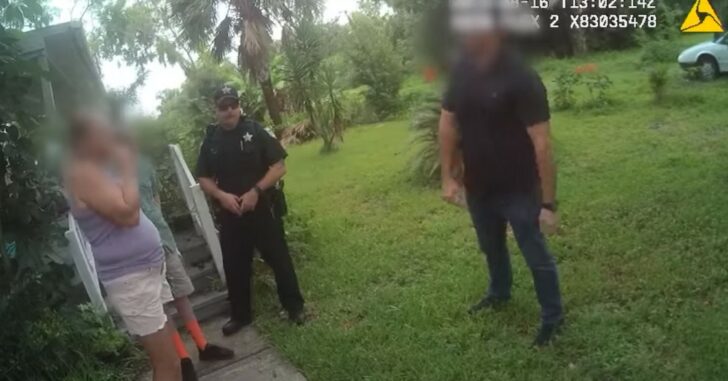 ORMOND BEACH, FLORIDA — A 15-year-old boy was arrested for making threats during an online chat while playing a video game. Police released the arrest video, which shows an emotional conversation between police and the boy’s mother.

A 15-year-old Florida boy faces felony charges after posting a message while playing a video game that he would bring his father’s “M15” to Seabreeze High School and “kill seven people at a minimum.”

The boy told police he was joking, and the mother informed them that her son would never do something of that nature.

Police went on to tell the mother that their job is to arrest people who make these threats and while her son might not have actually planned to shoot people at school, someone else’s son did have those plans but was arrested before being able to carry them out.

We all know that kids can make dumb decisions, but never in my life did I threaten to do harm to others in such a way. Sure I made bad decisions, but they weren’t out of the ordinary.

Confirming that a firearm was inside the house, now it’ll likely be a battle between the parents and the courts as to whether or not they’ll remain in the home.