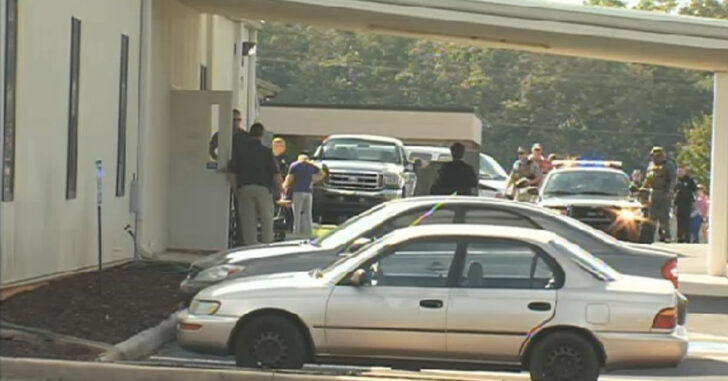 TOWNVILLE, SOUTH CAROLINA — A school shooting took place at Townville Elementary School in Anderson County, South Carolina. Deputies quickly responded to the scene and discovered two children and one adult had been shot. Both children were immediately airlifted to Greenville and the teacher was taken to a nearby hospital. The shooter was apprehended and appears to be a teenager but no further details have developed.

A statement from neighboring county deputies has been released and distributed through FOX Carolina.

The Sheriff’s Office received word of a reported active shooter at the school around 1:44pm this afternoon and immediately dispatched the first deputies to the scene as well as sending deputies to the area schools in Oconee County to ensure the safety of our students. A request was made until more information became known for the area schools in Oconee County to go into a code yellow which means instruction inside the school continues as usual but no one is allowed into the building. School dismissal will take place in Oconee County on the normal schedule.

Also, assets from Oconee County Emergency Services responded to the scene as well.

What is known from both Anderson County and Oconee County is that the campus of the Townville Elementary School has been secured as of 3 p.m., with SWAT teams and nearby law enforcement sweeping thoroughly throughout the area. Area schools have also been placed under protection until more information is known.

Here’s the problem: we’ll constantly be playing catch-up in scenarios like this.

Law-abiding gun owners have to seek permission from any public school in order to carry a gun onto that property.

(A) It is unlawful for a person to carry onto any premises or property owned, operated, or controlled by a private or public school, college, university, technical college, other post-secondary institution, or into any publicly-owned building a firearm of any kind, without the express permission of the authorities in charge of the premises or property.

At least there is a mechanism in place to allow legal concealed carry on school campuses — but how many teachers and administrators will make that decision to carry to protect themselves and their students?

No one is questioning the loyalty or bravery these public servants make to facilitate the education of children and ensure their safety. How many, however, are willing to step up to the plate and fight back against those who seek to hurt or kill them and their students?

This is not a world where we can wish these problems to go away.

We can’t ignore this problem anymore.

We need people who are willing to follow the law and ensure that criminals can not indiscriminately and without fear wander onto the property of an institution we entrust our children to, and conduct violence with impunity.