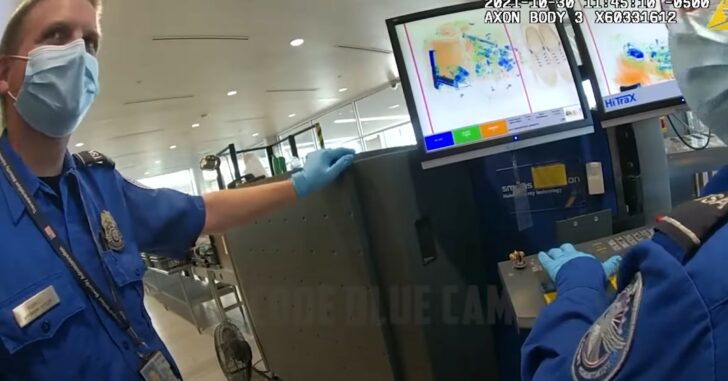 If you’ve ever traveled with a firearm, you’ll know that it’s a little bit of a process to take it along with you. The firearm needs to go in your checked bag, has to be locked a certain way, and you need to declare that firearm upon arrival. I’ve done it dozens of times and never really had any significant problems, except for the one time where they thought they were going to arrest me in New York. I tried finding the article detailing this and couldn’t, so I’ll be writing on it again.

The man in the video below is an 18-year veteran, concealed carrier, and seems to be an all-around good guy. Unfortunately, he forgot that he had a loaded 9mm handgun in his bag that he was taking through security at the airport and onto the plane.

TSA quickly finds it via x-ray and calls the local police over for help. The entire incident is played out in the video, and it’s a rare look into what can happen if you ever find yourself in this situation.

Realistically, there is no excuse for a law-abiding gun owner to be in this predicament. I understand that life can be hectic and we can become forgetful at times, but that should never happen when it comes to firearms.

This one is worth a watch of the video in it’s entirety.

Previous article: Guy At Police Station Catches On Fire After Being Hit With A Taser, Dies 6 Weeks Later Next article: Home Intruder Shot And Killed In Self-Defense In Quiet Neighborhood