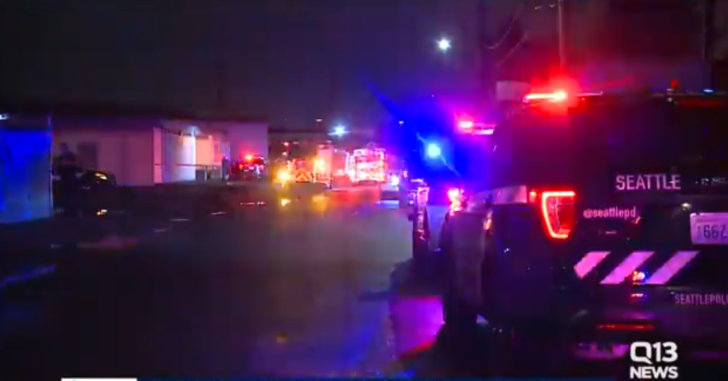 SEATTLE, WASHINGTON — Police are still investigating this one so some of the details are still pending. However, it appears two men tried to burglarize a home, when an armed female homeowner opened fire at them. This resulted in an exchange of gunfire with one of the burglars being shot.

Seattle Police said they were responding to a 911 call from the homeowner who told them she had shot an armed man trying to break into her home. When officers arrived to the scene they found a 41-year-old man behind the home with a gunshot wound to the shoulder and a handgun on the ground near him, according to Seattle Police.

Officers had to coax the homeowner who was still armed with a rifle down from the roof before they could safely approach the suspected burglar. Seattle Police said detectives found multiple bullet holes in the exterior of the house and believe they were caused by the burglar.

We have no idea why the female homeowner was on the roof, or why police had to coax her down from the roof when they arrived. Another man on the scene fled when the police showed up, he was later captured and arrested.

With multiple bullet holes found on the exterior of the house, it is believed the bad guy tried shooting back after the homeowner opened fire on him. Unfortunately for him, her shooting skills were better and she managed to hit him with one of her shots. Bleeding and in pain, the burglar fell down in the backyard and waited for the police to come and save him!

What they didn’t expect, however, was to find an armed homeowner ready and willing to defend herself with lethal force. Hopefully these two guys will have learned a lesson from all this and think twice before trying to rob another person or home.