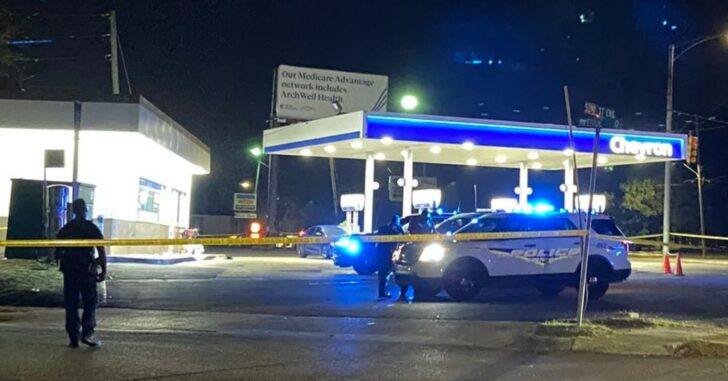 BIRMINGHAM, ALABAMA — A burglary suspect is dead after he attempted to enter a residence early Tuesday morning. The incident took place around 12:45 am at a home on Avenue O on the west side of Birmingham.

Police state that the resident reported finding a man crawling thru a window of her home. The resident obtained a firearm and fired two rounds at the suspect, who was struck at least once in the chest.

The suspect fled on foot to a Chevron station located on Bessemer Road. An employee of the Chevron notified Birmingham Police of the suspect who had collapsed in front of the store.

Officers from the Birmingham PD West Precinct and paramedics provided treatment to the suspect who was transported to UAB Hospital. The suspect died as a result of the gunshot wound later that morning.

The Jefferson County Coroner’s Office has not released the identity of the 29-year-old suspect, pending next of kin notification.

Jefferson County has experienced 170 homicides this year, 126 of which have been in Birmingham, including the Tuesday morning incident. 7 of Birmingham’s homicides have been ruled justifiable, with no criminal charges as a result.

Previous article: Paying Attention And Avoiding Conflict Can Help You Not Get Stabbed Next article: School Staff Member Fired After Leaving Purse With Handgun In School Bathroom Overnight