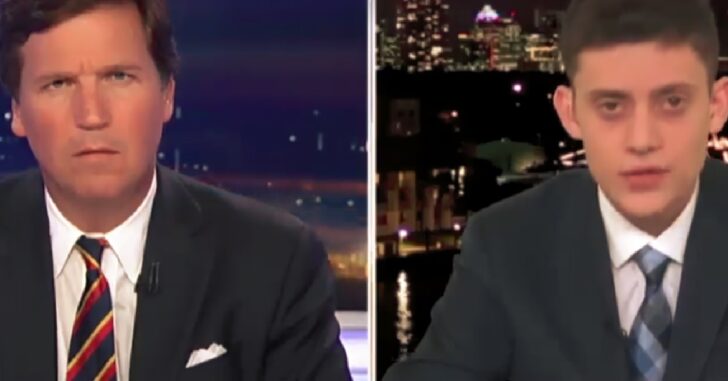 PARKLAND, FL — A Parkland student was forced to run a gauntlet of questioning after he and his father chose to exercise their Second Amendment rights at a local shooting range and posting a video online of his time there, Fox News reports.

The young man, student Kyle Kashuv, recalled the incident as “an interrogation; it was a clear attempt to intimidate me, and they used very, very harsh intimidation tactics.”

Not something that you want to have happen to you after the first time touching a gun, which it was according to Kashuv.

It was great learning about our inalienable right of #2A and how to properly use a gun. This was my first time ever touching a gun and it made me appreciate the #Constitution even more. My instructor was very informative; I learnt a lot. #2A is important and we need 2 preserve 2A pic.twitter.com/4rcOZbpl88

“So I come into the office… and the school resources officers goes like this, he says ‘Kyle, you’re taking 5 A.P. classes, you’re a good student. Why would you do something like this?'”

“What do you mean?” Kashuv asked.

“Why would you do something like this?” came the reply. “They came in with the notion that I had done something wrong by going to a gun range.”

The interrogation drug on, and according to Kashuv the authorities at the school forbade him from recording the interaction. You can check out the video in full below:

"I posted a video of me showing my admiration for the Second Amendment and telling people to educate themselves about the Second Amendment because we can't trust our government to defend ourselves." Parkland student Kyle Kashuv joined Tucker Carlson Tonight Tuesday. He was questioned by school officials after posting a video online which showed a trip to a gun range with his father. https://bit.ly/2Hplzsq

Now, I can certainly understand why anyone in the Parkland area would be particularly vigilant against threats against the school. That’s fair, and reasonable.

What’s neither fair or reasonable is targeting a kid, isolating him, and interrogating him for innocuous activity. It’s an outrage.

Previous article: Google Replacing It's Gun Emoji To Squirt Gun Next article: Question: Do You Visit Anti-Gun Businesses, Or Do You Avoid Them Completely?