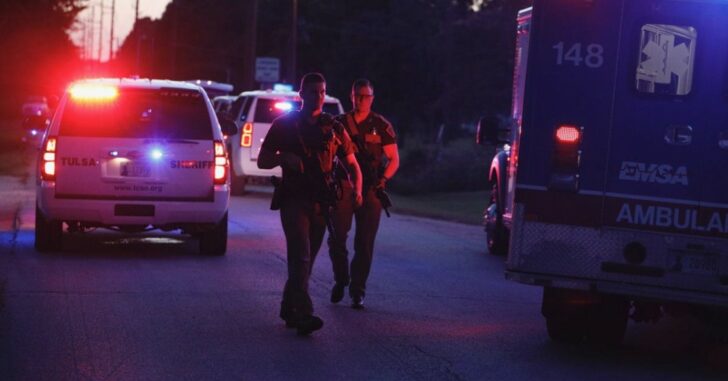 TULSA, OKLAHOMA — Two men, identified as Douglas Dick, 46, and Ryan Huff, 43, are dead after getting into a gun battle with each other. A woman at the location was also shot but survived.

Police believe that Dick first shot his wife, and then shot at Huff. Huff, who was also armed, shot back. Both hit their marks, and police say the home was painted with bullet holes.

The two men were dead when police arrived.

A neighbor taking out the trash had noticed the woman outside, bleeding from a gunshot wound.

When police arrived, they were very cautious when entering the home, as they were unsure as to whether or not anyone was still armed — and alive.

Police say one of the men was the woman’s current boyfriend, and the other was either an ex-boyfriend or ex-husband.

Domestic incidents can turn deadly, and we can’t say for sure who — if any — are the innocent parties in this circumstance.

Even so, this scenario can play out for absolutely anyone. Sometimes, jealousy and craziness don’t show up until it’s too late.