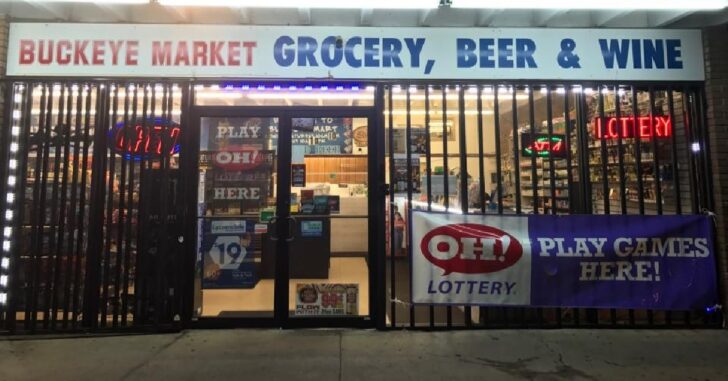 Although the clerk did manage to shoot the man threatening his life, the thug got away, and as of the early morning on December 22, the hunt was still on.

It happened around 8:25 p.m. Thursday at the Buckeye Market in the 1300 block of South 4th Street. Authorities told 10TV a male suspect had a weapon and was wearing a mask and gloves. He fled on foot toward South 5th Street.

Police are still searching for the suspect. The suspect is described as black, in his mid to late 20s, with a heavy build, and is around 6’0″. He was last seen wearing a black mask, black jacket, and faded blue jeans.

Police said he has a silver gun.

Perhaps they meant “chrome,” but maybe I’m just being a little nit-picky.

I do not know why it always seems like the corner store is the easiest place to rob for your average bad guy.

I have a friend that worked at a gas-n-gulp style store, and in his limited time working there men attempted to rob him nearly half a dozen times. To his credit, not one of those encounters ended with bloodshed, and if his story is to be believed, the vast majority of them ended without the exchange of cash, either.

You can take that with a grain of salt as I do, but the point remains: little stores get robbed far too often, and seemingly disproportionately to larger ones.

You would think that an easier target would be a larger store — I understand that often, they are likely to get more traffic and the like, but also so many chains have anti-gun policies that would theoretically make them tempting choices for crime.

Regardless of the cause, I am grateful. Now if we can just get some more employees like this clerk, the grocery industry will be greatly bettered.