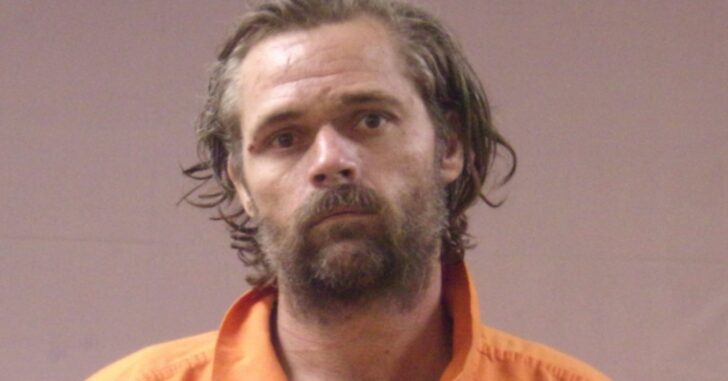 Benjamin Willis Becker, 40, decided to try and make a run for it after police attempted to pull his vehicle over on June 18th. Becker was facing a parole violation, and wanted to continue living the free life.

He led police on a chase, where he eventually ditched the vehicle and headed down a ravine. He fell down during the flee attempt, and officers were unable to locate him.

They sent out a reverse 911 message to residents in the area, alerting them of the situation.

It’s this 911 system that ultimately led to Becker’s capture.

The next morning, police received a call.

“The caller reported that Becker had arrived at their front gate and asked to use a phone,” the report stated. “Becker left the area on foot before deputies could arrive.

“Deputies quickly set up a perimeter in the area of County Road 143 and the reverse 911 system was again activated to notify area residents of the suspect’s updated location and description,” he stated.

Less than an hour later, another call came in. This time, they had their man.

Police went to the location, and took Becker into custody without issue. He had a few scrapes and was dehydrated, but otherwise in good condition.

Alert citizens make a difference like this all the time, and it’s important to pay attention to any messages that may come across your phone. If you think you’d never be the one to encounter the person that police are looking for, you’d be wrong.