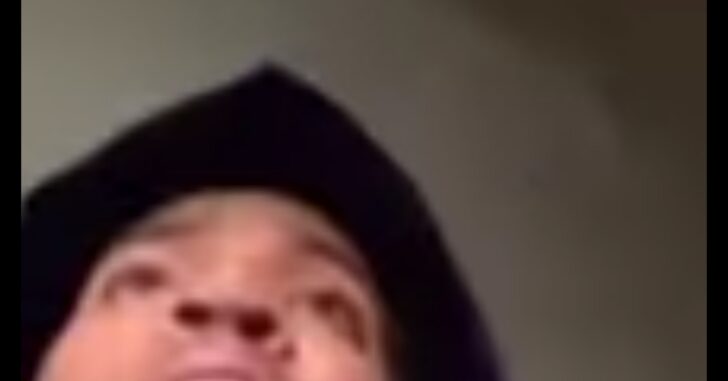 In 2019, anything is possible in the thousands of live videos created every day. We’ve seen shootings and other bad things go down in front of a live audience before, and this one is no less disturbing.

Apparently, neighbors called police when they noticed the man pulling his wife by the hair outside.

The video includes strong language and violence against police, so be warned.

Update: The police had been called to the scene because the suspect, 23-year-old Laforest Duron Gray Jr, dragged his wife by the hair before his neighbors called the cops. It’s being reported that Gray drew a silver .38 revolver and fired the first shots toward the officer. He is being charged with four counts of attempted first-degree murder of a law enforcement officer with a firearm and one count each of resisting an officer with violence, burglary of a conveyance with battery and domestic violence battery. If found guilty faces life in prison.

Police released body cam footage of the incident, and its almost surreal watching the live video first, and then the officer’s perspective.

The body cam footage can be seen below:

WARNING: This is video of the deputy involved shooting on 2/13. There is explicit language and gunfire. This video, from a deputy’s body worn camera, shows that suspect Laforest Gray opened fire on deputies, who then returned fire. No deputies were injured & Gray was arrested. pic.twitter.com/QCz4bF9Kig

Police officers deserve all the credit in the world for going out and facing things such as this on a daily basis. No officers were injured during the exchange of gunfire and the suspect was arrested and faces charges of attempted murder.

Previous article: #DIGTHERIG - Bo and his Glock 43 in a DeSantis Holster (Temporarily) Next article: UPDATE: 5 Civilians Killed, 5 Police Injured In Mass Shooting At A Manufacturing Plant In Illinois