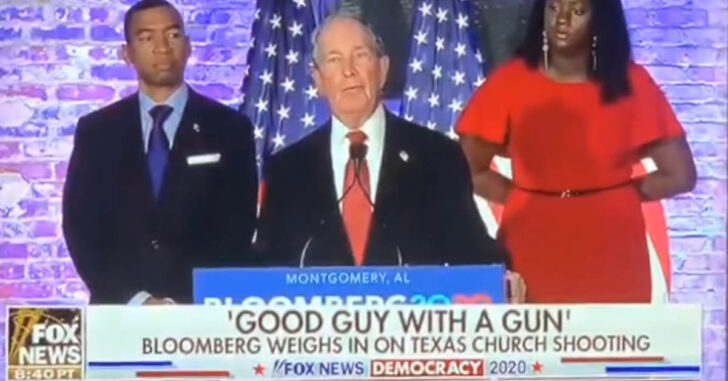 File this under -We’re not surprised- and -Are you absolutely nuts?-

Presidential candidate Michael Bloomberg had a few things to say after the shooting at a Texas church where two people were killed by a gunman, and then seconds later that gunman was shot and killed by an armed citizen.

While speaking in Montgomery, Alabama, Bloomberg spoke about the shooting, giving his opinion on the heroic actions of armed citizen Jack Wilson.

And he had this to say:

“It’s the job of law enforcement to have guns and to decide when to shoot. You just do not want the average citizen carrying a gun in a crowded place.”

How this would make sense, even to the most hardcore ‘more gun control would help’ person, is beyond my capacity of thinking.