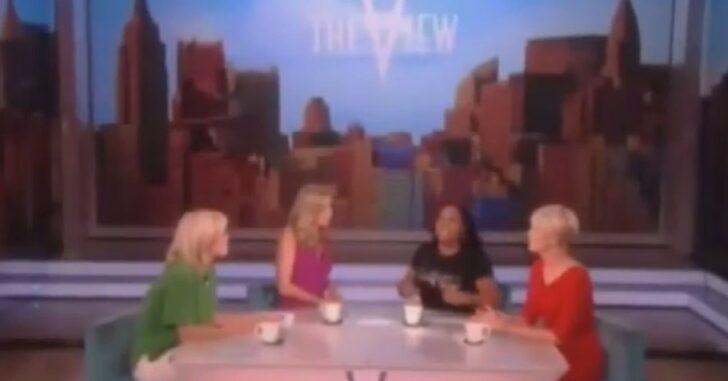 “I would say, highly effective. I mean, so upsetting, very strong message…”, as another host chimes in with “for not getting a gun.”

The new Everytown ad that displays a graphic portrayal of a woman needing to defend herself against an abusive ex is a hot topic over the last few days since it’s release. The video implies her life coming to an end at the conclusion of the video. This PSA is to raise awareness of the need to keep guns out of the hands of domestic abusers, but it turned into a “that woman would have been better off with a gun of her own” type of message.

The comments made in the video below were met with cheers from the audience, as they should be.

Previous article: [VIDEO] Everytown Is Helping Drive Our Point Home With Their New Accidental Pro-Gun Commercial Next article: How Often Should You Clean Your Concealed Carry Firearm?