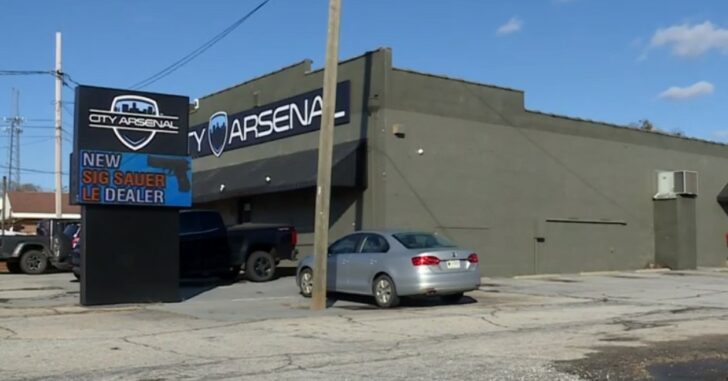 Arriving officers were told that someone inside the store had fired a gun, according to Deputy Kory Morian. They located two males with gunshot wounds, one in the hand and the other not disclosed.  Both men were transported to the hospital and were said to be in stable condition.

Although the investigation is continuing, deputies say that the shooting appears to be accidental negligent.  City Arsenal is a full-service firearms store, offering gun sales, safety and concealed carry training, a shooting range and in-store rental of over fifty guns.

Much is still unknown.  Did it happen the retail or rental counter, or in the range area? Did the gun belong to a customer or to the business?  Was the shot fired by an employee or customer?

What is known is that there are very few true “accidental” discharges, with the large majority of unintentional discharges falling in the negligent discharge category where it is a direct result of something that a person did or didn’t do.

The Four Universal Firearm Safety Rules should be taught, learned, and must be practiced at all times to reduce the probability of negligent and so-called “accidental” discharges.