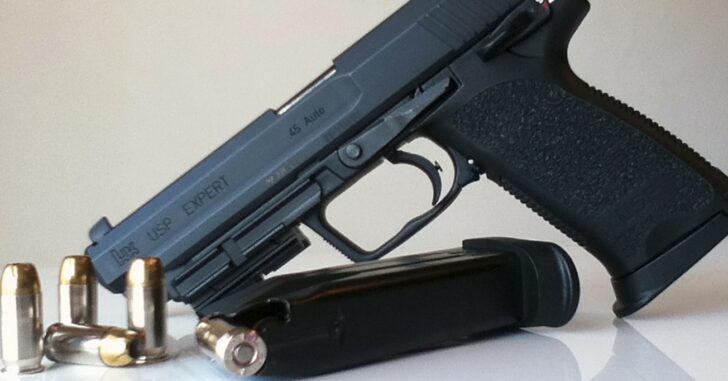 If things couldn’t get worse for New Jersey gun owners, think again. Also think about jumping ship if you’re a resident, because this slippery slope is already being seen in New York.

As of 12:01 am today, anyone in the state who possesses a magazine that is capable of holding more than 10 rounds is committing a 4th degree felony.

And no, you’re not grandfathered in.

When the clock strikes midnight Tuesday morning, anyone in New Jersey who owns a magazine capable of holding more than 10 rounds of ammunition is officially in possession of illegal contraband and is deemed a fourth-degree felon. Unlike previous magazine bans, this one retroactively bans people from even owning such magazines in their homes, even though they had been purchased legally.

The governor signed the ban back in June, but it was challenged in court. As you guessed, the ban was upheld by the United States Court of Appeals for the Third Circuit.

This ban, like all others, will force otherwise law-abiding citizens to become criminals. As for compliance, I can’t imagine many people handing them in, destroying them or selling them out-of-state.

The real question is, regardless of anything we’ve discussed; How many gun owners in New Jersey are making a move to a gun-friendly state?

Previous article: Democrats Want to Repeal Rule That Allows Representatives to Have Guns in the Capitol Next article: [WARNING: EXTREMELY GRAPHIC] Argument In Bar Leads To Gun Being Taken By Other Guy, Now-Unarmed Man Executed