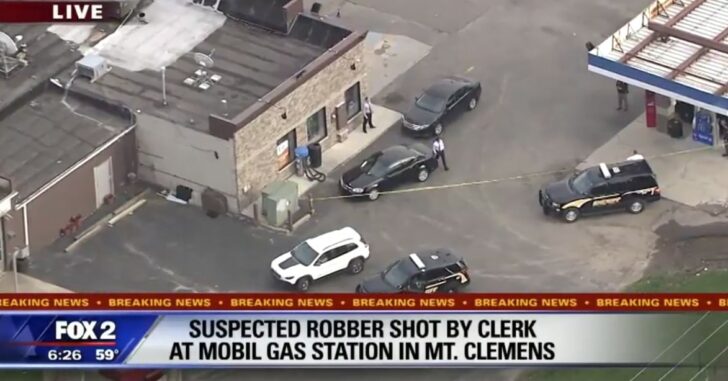 MOUNT CLEMENS, MICHIGAN — Armed citizens are armed for a reason; to defend themselves against people looking to do them harm via violence. A gas station clerk made easy work of an armed robber that came into the business with mask on face and gun in hand.

Deputies say a suspect wearing a mask went into the Mobil gas station at 116 S. Main Street at about 5:10 p.m. Using a hand gun, the man attempted to rob the clerk and customers inside the store.

As you already know, the clerk was also armed and ready to fight back. He shot the suspect, sending him directly to the hospital. No other injuries were reported.

This would seem to be as clean as a self-defense shooting can get. Bad guy down, good guy unharmed, customers unharmed as well.

Now, it’s up to the justice system to decide what happens to this loser. Jail time? Back on the streets? Will he return to a life of crime?

No one knows the answers to those questions.

And that’s why we stay armed.

Previous article: The new Springfield Armory Saint Victor .308 is now available Next article: University of North Carolina shooting victim is credited with attacking gunman to save others