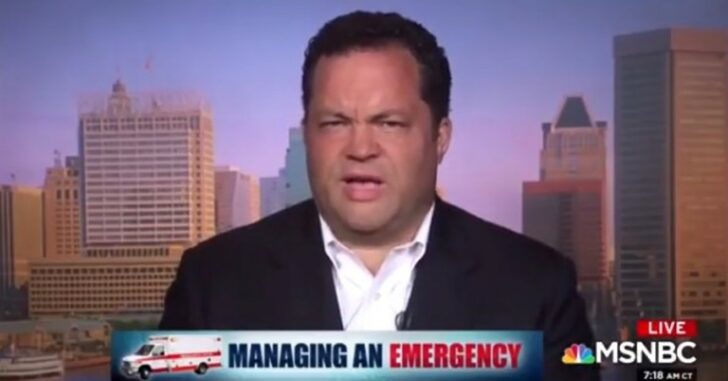 The Democrat candidate for governor in Maryland, former NAACP president Ben Jealous, has implied that the state’s extreme gun control laws — already some of the most oppressive in the nation — don’t go far enough. On MSNBC recently, he said the following:

“We will, in the next [Maryland] legislative session, have to have a real conversation about how we finish the job here of our assault weapons ban. But we have to go much further. Journalists were killed with a shotgun.”

Fortunately, no one on the left wants to take away Americans’ guns, right?

The Annapolis Capital Gazzette shooter used a shotgun. Shotguns are extremely popular in the United States. Cartridge shotguns have been actively produced for over 150 years and make up about about 1/3 of the private firearms stock. There are over 100 million shotguns in private hands in this country.

What is Jealous attempting to accomplish with this message? A recent poll found that Maryland voters are evenly split on who they trust on the issue of “gun violence.”

Kromer oversaw the survey of 617 Marylanders, who were asked, “Who do you have more confidence in to handle the issue of gun violence? The Republican governor? Or the Democrats?” The answer was a statistically equal split of 39 percent favoring Gov. Larry Hogan and 40 percent favoring the Democrats.

The message that shotguns need to be next on the banned firearms list in Maryland doesn’t strike me as something that will bring Democrat voters to the polls. And it seems just the thing to energize Second Amendment supporters.

Jealous doesn’t seem particularly well-versed in the intricacies of firearm nomenclature and technology. If he attempts to finesse this gaffe, he’s likely to make it worse.

This is a common problem for people who are ignorant about guns, and have the choice to be unarmed. They see no value in firearms, so they see no cost in disarming others. After all, it doesn’t cost them anything.

What Jealous and those like him seem to overlook is that those who own guns and care about their Second Amendment freedoms are not willingly or easily disarmed.