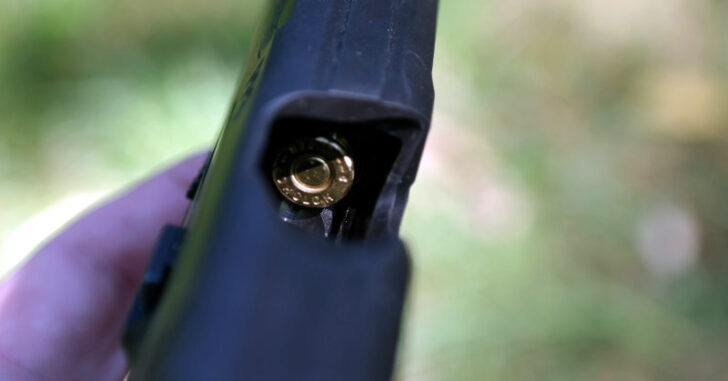 If you’re an everyday concealed carrier, the chances are good you probably unload and reload once a day.  For those who put the round back in the top of the magazine, there’s going to be a repeated opening and slamming shut of the upper receiver.  This can cause, over time, impacts and dents on the head and rear of the casing.  As different ammunitions and guns each have their individual tolerances, let’s discuss some conditions and when it would be appropriate to consider changing the round that goes into your chamber.

Condition 1: Loading/Unloading Once To Three Times A Day

While it’s possible to go days or even weeks without checking the round that’s chambered in your gun, there’s other people who don’t use the same gun everyday.  As such, a person may unload a gun before putting it away in a gun safe before taking out and loading a different one.

In this condition, we’re just examining a single pistol, single round of ammunition that gets slid in repeatedly.  For the purposes of discussion, we’re going to say it’s a full metal jacketed round.  When using more expensive jacketed hollow points or special self-defense rounds, follow manufacturer specifications.

For people that have to work across state lines where the other state doesn’t share concealed carry reciprocity, or they work or go to school in a place that doesn’t allow handguns, it may be possible for someone to have to legitimately load and unload his or her pistol multiple times a day.  In this case, the recommendations above may not properly describe your situation.

Condition 3: You Have A Revolver

If you have a revolver, chances are good I think you’re probably a pretty cool person.  But beside all that, your rounds are probably good to go for quite some time.  A loaded revolver just needs to be stored inside a dry gun safe and it will arguably be good for a lifetime.  If you’re carrying a revolver concealed in muggy or salty conditions, just visually inspect the revolver to ensure the rounds aren’t horribly corroded or rusted.  If your gun goes into the drink (hey, maybe you decided to jump into a pool with your holstered gun on, who knows?), switch out your rounds and let them dry in a safe, cool place.  And even then, they’re probably fine.  Revolvers and modern munitions are extremely reliable.