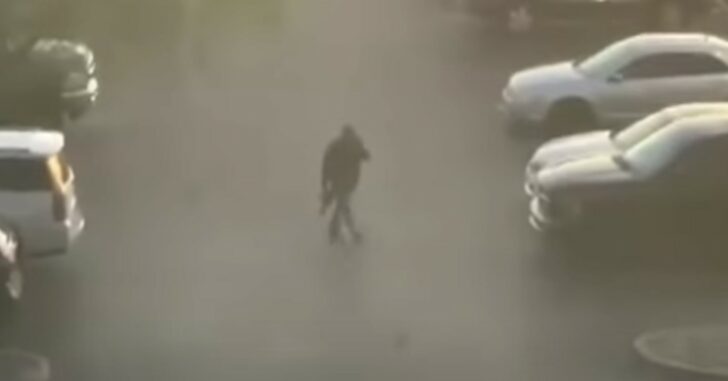 GLENDALE, ARIZONA — A 20-year-old wanted to inflict mass casualties yesterday as he roamed through Westgate Entertainment District in Glendale, Arizona. He fired multiple rounds at victims, many of them reported to be couples, because he was tired of being bullied and wanted some respect.

Three people were wounded in the shooting. A 19-year-old man was shot in the chest and is in critical condition, Stewart said. A 16-year-old girl suffered less serious injuries, and a 30-year-old woman did not need to go the the hospital.

Police on the scene were able to quickly locate the suspect, who surrendered without any resistance.

“The suspect in this case did later admit to detectives that he was planning on going Westgate to harm 10 victims with this horrendous act,” Sgt. Randy Stewart said. “He said that he went to Westgate to target victims. He wanted to gain some respect and he felt that he had been bullied in his life.”

During the suspect’s talk with police, he denied wanting to kill anyone, but wanted to injure at least 10 people “to gain respect”.

Footage from the incident can be seen below.

An Arizona State Senator was there during the incident, and tweeted out shortly after witnessing part of the shooting.

And this is why I carry my weapon at all times

The guy that commented in response to the Senator is definitely of the same mindset as us.

The suspect is facing a host of charges, and went before a judge shortly after being taken into custody.

Video taken by witnesses shows the suspect pacing the parking lot, and then we see police drive up and take him into custody.

Previous article: CCX2 S01E14: Open Forum Next article: Let's Talk About Looking Down While Holstering Your Firearm. Should You Do It?