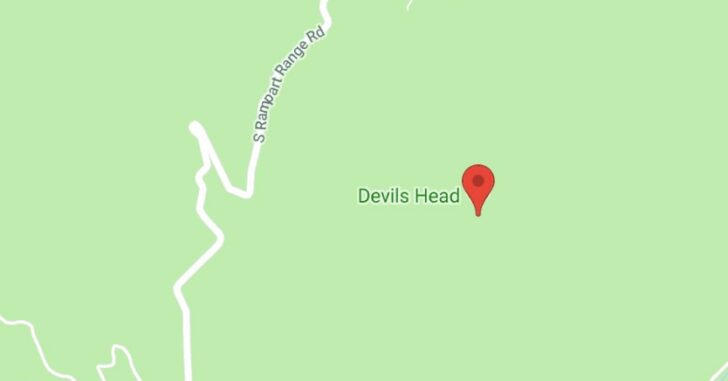 DOUGLAS COUNTY, COLORADO — A man went on a wild ride after stealing a vehicle, shooting at passing vehicles as he drove, and then ended up at a camp ground to continue his crime spree. He wasn’t prepared for what he was about to encounter, but the other person was.

The suspect, a 29-year-old male, drove the stolen vehicle into the Pike National Forest, shooting at passing vehicles.

He ultimately stopped the vehicle at a Devil’s Head Campground and approached an unsuspecting camper with a rifle, which began a confrontation.

As the confrontation ensued the rifle was pointed at the camper/victim and the camper returned fire.

Police arrived to the scene and took the suspect into custody and had him hauled to the hospital to get treatment for his multiple gunshot wounds. It does not seem that anyone else was injured during the incident.

Luckily for everyone else, a camper decided to bring his firearm along for the trip, as many campers do. Thinking that he would be face-to-face with a man pointing a rifle at him was probably not high on his list of possibilities, but it happened anyway.

Being prepared for random acts of violence such as this is why the majority of people carry firearms. This could have been a whole different story had no one else been armed and ready to defend against this lunatic.