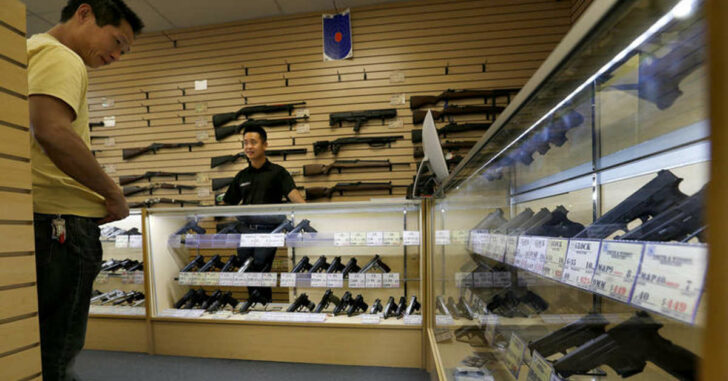 LOS ANGELES, CALIFORNIA — In the outskirts of Los Angeles, gun stores have seen a surge in interest in gun ownership by Chinese immigrants. In China, a private citizen owning a gun legally is not possible. In the United States, however, we have gun ownership built into our basic Bill of Rights. For Chinese immigrants with a valid Green Card, it’s now an opportunity to exercise a right they would have never experienced otherwise.

The L.A. Times did an interesting piece exploring one gun shop’s experience with Chinese immigrants coming into the shop and surprised that there is a clear path to gun ownership.

In California, there are basic requirements that must be fulfilled before purchasing a firearm. California is one of the few states targeting the ownership of ammunition, detachable magazines, and magazine capacity amongst many other issues but they still do have a path to gun ownership for its citizens.

Granted, starting January 1st, a lot of firearms will no longer be available on the market. Many Chinese firearm enthusiasts have taken the opportunity in the preceding months to buy up semi-automatic rifles and handguns that would now be considered impossible to purchase under new state restrictions.

“I have short guns, long guns, handguns, AR-15s, rifles. I bought one, then I just kept buying more,” one gun owner told the L.A. Times.

For many of the people who talking with the Los Angeles Times, they described their interest as mostly entertainment. A lot of them admitted to going to the ranges on the weekend. Retirees see it as a leisure activity that they find exhilarating and challenging.

We hope some of them have pursued the process in Los Angeles County to get their concealed carry permit.

Overall, the article definitely highlights the importance of one of the fundamental rights of living in the United States. We are allowed to own firearms. These firearms can be used for leisure and sport but, if need be, they can also be used to save our lives.

And, for those willing to move a state or two over to the right, you may just get a much better selection of firearms to choose from — and an easier process to carry those guns wherever you go.

Previous article: Bound And Gagged By Home Intruder, Woman Wriggles Free And Uses A Gun In Her Nightstand To Fatally Shoot Him Next article: Homeowner Cleared Of All Wrongdoing For Fatally Shooting Intruder -- He Had To Pry One Of His Own Guns From The Hands Of The Intruder