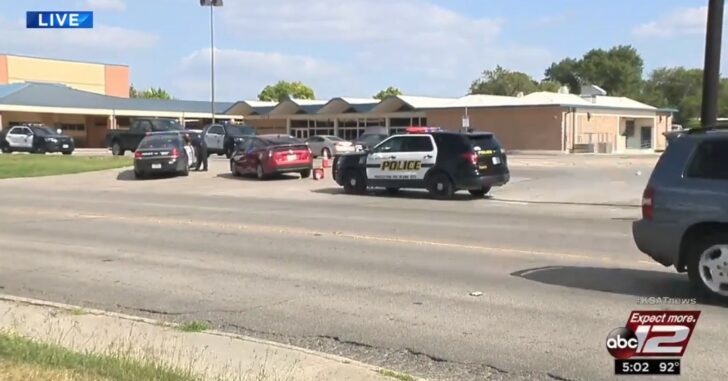 SAN ANTONIO, TEXAS — An 89-year-old man is behind bars and facing murder charges after he allegedly ran over a woman multiple times with his vehicle due to an argument. The man, John Bogard, was seemingly calm as he committed his crime.

Police were called to the parking lot of Walzem Elementary School Saturday afternoon for a report of shots fired.

Police said the driver of the car allows homeless people to stay at a property in the 4600 block of Walzem Road, near the elementary school, and got into an argument with the woman at the property.

As the woman was leaving the property, that’s when police say Bogard got into his car and followed her, eventually hitting her. According to witnesses, she flew in the air and landed by the back tire, and that’s when Bogard threw the car in reverse and ran her over again.

Jose Sandoval, who lives behind the property, spoke to the woman just minutes before he witnessed her death.

“He was chasing her with his car, and he struck her. She flew over the car and landed by the back tire. He put the car in reverse and ran her over,” Sandoval said.

Sandoval said he saw the man calmly getting out of his vehicle to see the woman’s body stuck under the car before the man drove off.

As the incident unfolded, a witness with a concealed carry permit and his firearm began shooting at the driver and the vehicle. He managed to shoot out a tire, but Bogard was still able to get away.

The armed citizens’ role in the incident seems to have ended there, but Bogard was later found at his residence just a few miles away. He was taken into custody. The woman killed was identified as 54-year-old Dora Vela.

As concealed carriers, we do not have an obligation to involve ourselves with situations such as this one, but it is nice to see an armed citizen stepping up to try and save a life that is in danger. Sadly in this case it was not effective, but now a few more people out there know that armed citizens are ready and willing to come to the aid of those in danger.