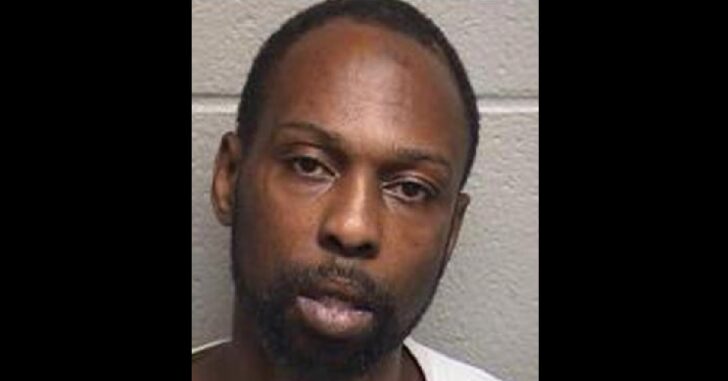 DURHAM, NC — Police were able to find an attempted robber in North Carolina earlier this month in part because of a gunshot wound to his legs — from a bullet fired from his own gun. By someone else.

The less-than-bright thug attempted to make a quick buck at a local convenience store, but the unarmed clerk wasn’t playing ball.

And apparently, the would-be robber, Kevin White, couldn’t hold on to his gun.

Police said they found Kevin White, 38, on Hillcrest Drive with a gunshot wound to his legs just before 10 p.m. They linked him to a report of a shooting at robbery at the nearby Guess Road Mini Mart at 2014 Guess Road. Clerk Zaid Omar said that a man matching White’s description brought beer to the counter, then pulled a gun and declared his intention to rob the store. Omar said he struggled with the man, was able to get his gun and shot him.

When the suspect ran, the Omar called police.

“It was scary. He wanted to shoot me. It was so scary,” Omar said, noting that it was the first time he had ever fired a gun.

Omar said he had to act because he feared for his life. “I did not want to shoot him,” he said.

The experience has him considering getting a gun of his own.

After he was treated at an area hospital, White was charged with attempted robbery with a dangerous weapon and possession of a firearm by a convicted felon.

It’s a pretty unfortunate way to introduce someone to the wonderful world of shooting, but I think I speak for all of us when I say that Mr. Omar did one hell of a job protecting himself, given the circumstances.

Ideally, if this circumstances happened again and the victim were not armed, I would recommend just turning over the money. It’s not worth losing a life over.

However, I think Omar did just fine.

With a little bit of training, I would be willing to bet Omar would make a fantastic concealed carrier.