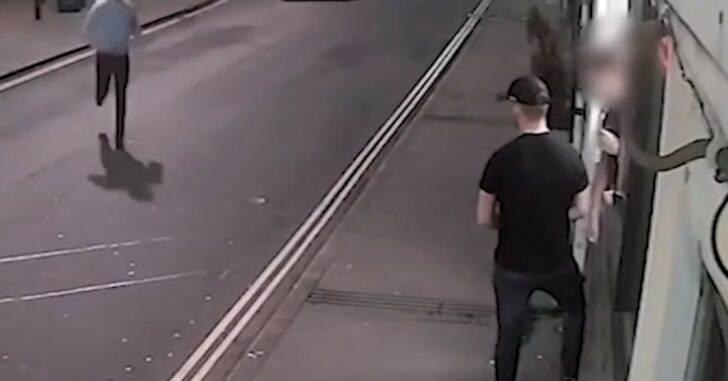 An altercation at a bar, earlier in the night, led to one man wanting some more of the fight. He finds the guy he was butting heads with earlier and crosses the street and goes right towards him.

The other guy kinda… just… stands there.

The result: Bad guy gets 4 1/2 years behind bars and good guy gets knocked out with serious injuries that will take him a while to recover from.

Let’s pay attention to our surroundings at all times. Let’s also remember that one or both of these men could have been intoxicated at the time. It’s a reason I don’t get drunk in public. I’m not a fan of being unable to really understand what’s going on around me at any given moment.

This victim was doomed before the aggressor even started moving towards him, because he simply wasn’t prepared for the fight that was about to happen.

My answer; I wouldn’t have even been there, because at the first sign of trouble (that happened in the bar prior to this assault), I’d be out of there and gone before this guy even started to find me again.

Previous article: New Bill Would Allow Legally Armed Citizens To Sue Gun Free Zone Businesses If Injured While Disarmed Next article: How Many Seconds Does It Take For Your Day To Take A Turn For The Worst? In This Case, About 3 Seconds