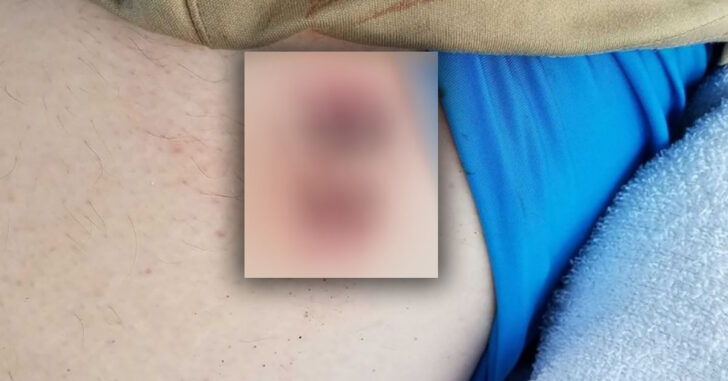 It’s not as bad as this one, but it’s still bad.

A concealed carrier found his bum feeling like it was on fire after torching one off while holstering his firearm. The holster was a hybrid holster, made with a flexible backing that can be manipulated while holstering.

The blurry part in the middle of the above photo isn’t covering up a snake bite. Rather, it’s covering an entry and exit wound from a bullet.

John posted this over on his Instagram page with the following lessons:

This particular holster was an older AlienGear hybrid according to the source. That’s not really an issue, though I know people will ask.

Choosing a holster is serious business, and it should be one that encases the firearm on all sides with a hard shell that cannot be manipulated. That shell should be made specifically for your firearm and offer adequate retention, trigger cover and securability. That last one isn’t a word, but you get it.