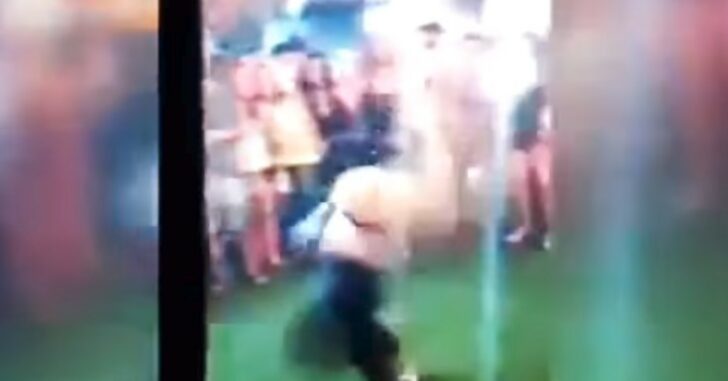 The FBI agent who somehow let his trigger finger pull the trigger after his gun flew out of the holster and onto the floor during a wicked(ly stupid) dance move has been charged with 2nd degree assault. The charge for assault comes after the bullet fired had struck someone in the leg at the club. We originally reported on this story earlier in the month, and there was a lot of debate as to whether or not the agent would be charged with anything. Many were saying that he’d receive special treatment simply because he was an FBI agent, while others had faith in the system and believed that he would be charged. The background:

The agent was dancing at Mile High Spirits around 12:45 a.m. when he did a backflip and his gun fell out of his pants, a video of the incident shows. When he went to retrieve the gun, it discharged, striking another patron in the leg, the Denver Police Department said in a statement. The victim, a male adult, was transported to the hospital with non life-threatening injuries, Denver police officer Marika Putnam told BuzzFeed News.

We’ll keep an eye on this as it progresses. In the meantime, give the video above a watch for all the details.
Categories: General, Irresponsible Gun Owner, News

Previous article: County In Oklahoma Now Lets Employees Carry On The Job Next article: Man Trying "To Get Out of Rain" by Breaking In Doesn't Mind the Wet After Gun Is Put in His Face