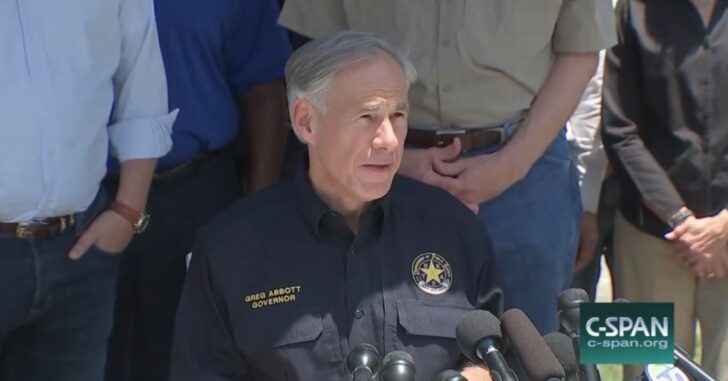 Texas Gov. Greg Abbott told reporters at a news conference that this morning’s deadly school shooting was stopped by an armed school resource officer and a state trooper when they engaged the suspect.

Armed with a shotgun and .38 caliber revolver, the suspect, who has been identified as a 17-year-old student, was likely looking to take more lives down with him.

However he wasn’t able to, thanks to armed resistance that was quick to respond.

“Their actions probably ensured that more lives were not lost,” Abbott said.

There is no word yet on how quickly the pair were able to get to the scene of the actual shooting, but it seems that both were on campus when the incident began.

Police say the suspect left behind notes that indicated that he wanted to die. Now, he’s facing capital murder charges and will have to deal with the full force of the law instead.

Both firearms used were said to belong to the gunman’s father, and that the gunman did not possess them legally. It is unknown if the father knew his son had possession of his firearms.

10 people were killed in the shooting, of which 9 were students. The other fatality is said to be a teacher. Another 10 people were injured.

Previous article: Costco Returns Money For Children's Miracle Network Because The Donation Came From A Gun Company Next article: Barber Shop Heist Goes to Hell After Off-Duty Cop Steps In