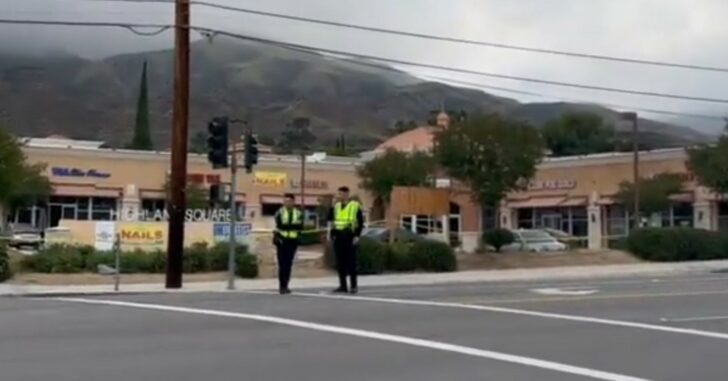 SAN BERNARDINO COUNTY, CALIFORNIA — Police are searching for two suspects after they reportedly opened fire at a hookah lounge that is situated in a strip mall. A total of 9 people were injured during the shooting, and 1 person is dead.

Police received first reports of the shooting just before midnight in the 3600 block of East Highland Avenue. Responding officers came upon a large group of people, roughly 100, who were apparently in the area for a party that was taking place.

An unidentified source told reporters that the majority of those shot were caught in the crossfire and were not intended targets of the suspects, which would lead me to believe that this was either gang related or an act of violence stemming from an altercation.

Police were also conducting an investigation at a gas station across the street, taping it off and collecting evidence.