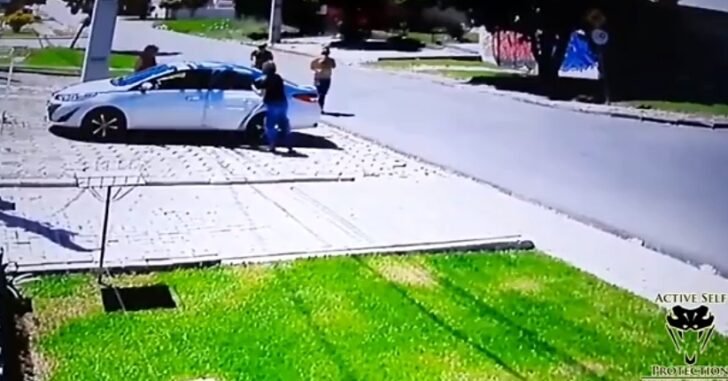 The incident below was executed pretty perfectly, and the incident was ruled self-defense when the defender pulled his gun and fired shots at the attackers.

He is, however, facing charges of possessing an unlicensed firearm.

This incident occurred in Brazil, where John points out that the penalties for carrying an unlicensed firearm are higher than if you were grabbed for the same thing in California.

Brazil is a strange place when it comes to gun laws, and the truth is that private citizens have an extremely hard time with firearm ownership, and an impossible time with carrying a firearm legally.

Let’s hope the system lets him off on this one, and furthermore that the system puts these two armed criminals behind bars for years.

Be sure to watch the video below, as it shows patience and great use of cover by the defender.