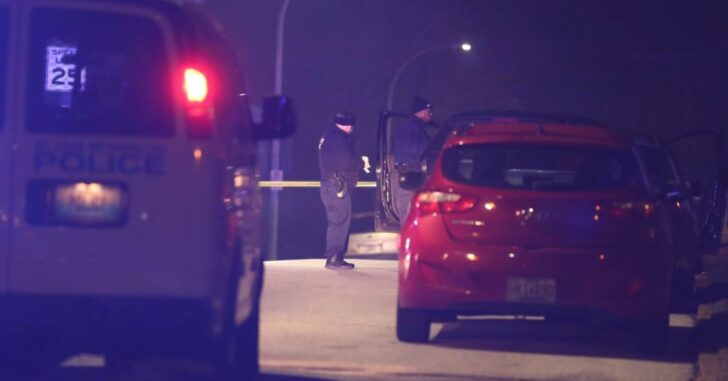 ST. LOUIS, MISSOURI — An armed robber barged into a home and demanded money, and shot one of the five people inside. As soon as that happened, another occupant inside the home grabbed his own gun and fought back.

He shot the robber in the leg which told the robber “You picked the wrong home”, and sent him running.

Then, as the robber was trying to get away from the scene, another armed citizen outside realized what was happening and fired at the robber as he tried to drive away.

A few miles down the road, police caught up with the bad guy and placed him under arrest.

Both the robber and the man shot at the home were taken to the hospital. Their exact conditions were not released, but police told reporters that they are stable.

It’s a bad day at work for criminals when they are faced with armed resistance. Such a shame. Let’s hope that this guy is put away for a long time and isn’t able to hurt anyone else.

Also, remind yourself of how you keep your firearm at home. If it’s not on your person, is it in a safe place that you can easily get access to it in a matter of seconds? A split second?

If not, and that’s likely the case, try as much as possible to carry your firearm even while at home. If someone comes barging through your front door, you’re not going to have much time to react.