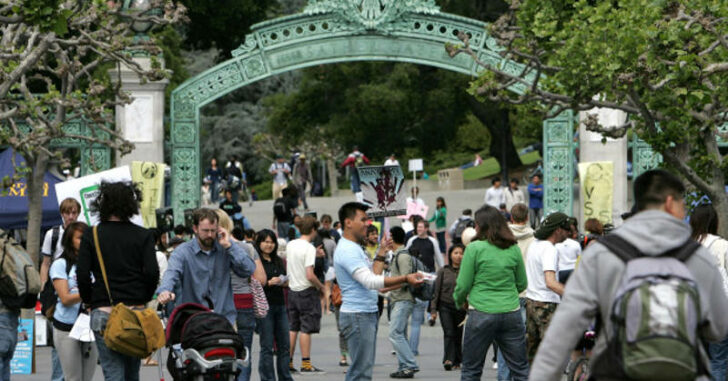 SACRAMENTO, CALIFORNIA — Because we’ve already firmly established that you can simply “wish” a violent criminal to go away, the California Assembly has advanced the controversial SB707 which would effectively remove the provision allowing concealed carriers to take their firearms on campus.

In a year where we’ve seen Texas and other states boldly advance the idea that law-abiding concealed carriers should be allowed to bring their concealed handguns on campus, California strikes back.

CBS Sacramento, which both sourced the Assembly’s advance of SB707 and a related recent multiple shooting death on the San Jose State University campus, noted GOP response to the issue as limiting the ability for concealed carriers to defend themselves in a campus attack.  Furthermore, Republican Assemblywoman Shannon Grove of Bakersfield brought up the important point that it would also prevents female college students from protecting themselves.

But who needs to defend themselves when armed gunmen are free to roam a state-run university system?  Police will surely arrive in time to save them, yes?

As investigators are still trying to piece together a shooting incident that occurred in a parking area of San Jose State University, politicians are wasting no time further restricting the lawful use of concealed handguns even further than they have already.

Is the beginning of the big swing back?  After Kansas, Maine, Texas, Florida and other states have actively searched for solutions to allow concealed carry on state-run university campuses, California may be the first show of gun-control opposition rising up to resist 2nd Amendment opportunities.