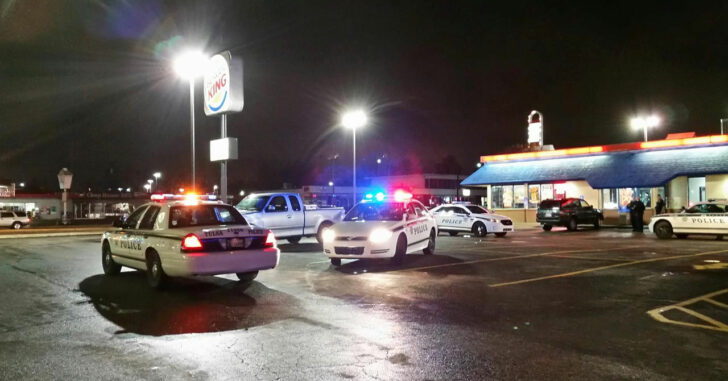 TULSA, OKLAHOMA — A customer on his way out of a Burger King quickly found himself face-to-face with a man wielding a crowbar looking to rob either patrons or the establishment itself.

That customer was licensed to carry a firearm, and was in fact carrying during the incident. In self-defense, the armed citizen drew his firearm and fired a single shot at the suspect which struck him in the shoulder.

The suspect took off in a vehicle, and police are simply waiting for him to show up at an emergency room for treatment. After all, it’d be the wise thing to do.

It looks like Shannon Watts is wrong again: Good guys with guns DO save lives.