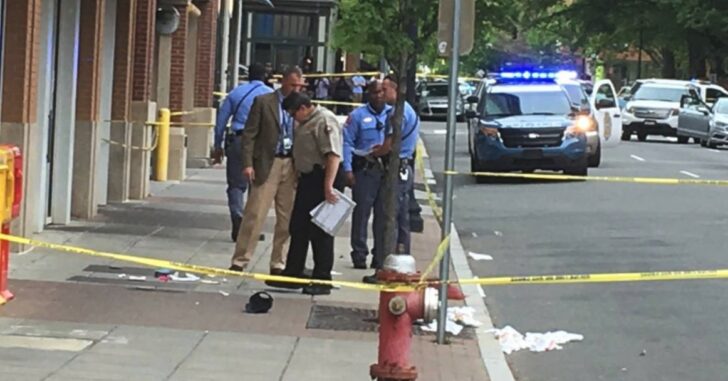 RALEIGH, NORTH CAROLINA — A 23-year-old woman obtained her concealed carry permit roughly a year ago, but only purchased her first handgun last week. Then, this past Thursday, she encountered a man on the street who tried to rob her.

And for his troubles, she sent him to the hospital with a bullet wound to the chest.

Jonathan Tyrone Peace, 28, was shot in the chest around 3:30 p.m. Thursday on South Blount Street. He was taken to WakeMed hospital for treatment and has been charged with common law robbery, Raleigh police said Friday morning.

Morgan Matthews was walking on South Blount Street near Wolfe when the attempted robbery occurred, according to police.

“Matthews fired her weapon to stop him from attacking her and stayed on the scene until police arrived,” the department said in a news release.

After the shooting, Matthews dropped her firearm and was taken into a store by a witness who was on the phone with 911. Someone from the store went out and retrieved the gun.

While her firearm should have been either re-holstered or placed back in the location it was taken from, Matthews used her firearm correctly in all other aspects it seems.

Witnesses say that before she fired the shot, the man attacked her.

The attacker is currently in the hospital and is said to be with non-life threatening injuries.

A relatively calm witness can be heard in the 911 call below, and he did an excellent job as well. He kept people calm, gave great descriptions of events, and was very helpful throughout.

Based on the witness account, we do not expect any charges against the woman, as this seems to be a pretty clear-cut case of lawful self-defense.