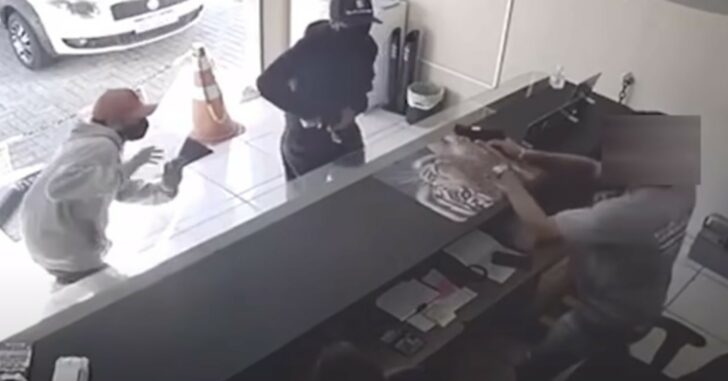 John Correia has covered many videos out of Brazil that show armed people defending themselves against the bad guys, but up until now, they’ve all been off-duty police officers.

In Brazil, it’s extremely difficult for citizens to own and possess firearms, and impossible to legally carry them.

Well, not impossible, as you’ll see below.

Did you see one of the main points here? Armed citizen #2 drew his firearm, and out came the holster with it. Remember: You’re only going to be effective if the equipment that you’re using is also effective. Having a holster that’s going to stay where it’s intended to, while easily allowing you to draw your firearm, is important.

It’s not all this guy’s fault, though, because Brazil doesn’t have access to firearm accessories like we do here in the US. Maybe pickings were slim, but wherever you are, do your best to get a quality holster that’s going to retain the firearm while allowing that quick access. And, allowing your holster to stay in it’s intended position.