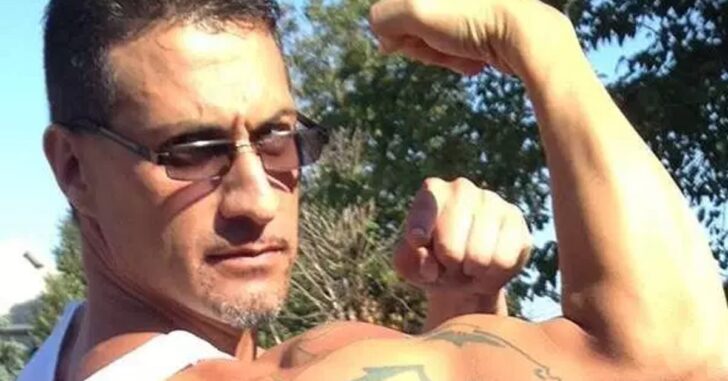 SOUTH JORDAN, UT — A Utah man has finally been apprehended following an extensive search and offered reward following his assault on multiple victims with a baseball bat in a parking lot early last month, KSL.com reports.

The man, pictured above, could easily have killed the two women he initially assaulted on March 9, but when he attempted to add another pair of victims to his rampage, the two both produced firearms that they were carrying, sending him running for his life.

Multiple witnesses told police they saw a man, later identified as Valdez, striking two women with a metal baseball bat in the parking lot of a Sizzler, located 11610 S. Main District Drive. Valdez then charged at two other bystanders with the bat as they attempted to intervene so they both drew firearms, and Valdez fled in a white Pontiac Grand Prix, according to charging documents. Witnesses said he struck a parked suburban as he fled the scene.

The documents stated both women were treated at the scene and one suffered a large gash and a bump on the back of her head. The other suffered injuries to her arms and the back of her head. One of the women told police she previously dated Valdez and recently filed a stalking injunction against him after “a history of violence toward her,” according to the charging documents.

Even so, the injuries were fairly serious. Head trauma is no joke.

If the two bystanders had not gotten involved, it’s not hard to predict what could have happened — a guy swinging a bat at you is as deadly a threat as anything else. Thank God that they were there, good guys with guns saving lives.