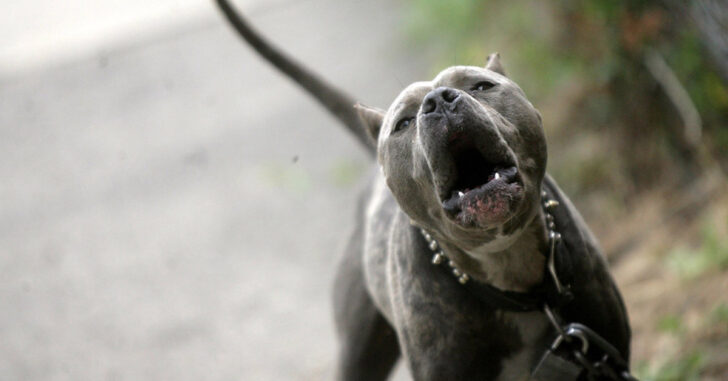 A married couple went for a walk not far from the iconic Route 66 going through Kentucky. The Bell County Sheriff’s Office reported that the couple were attacked by two dogs. They viciously pounced and killed the man’s wife before he was able to take out his gun and shoot.

According to US News, one of the dogs was killed and the other took off. They are believed to be pitbulls — not belonging to the couple.

It’s a heart wrenching story involving the loss of life. Thankfully, the man thought to carry a concealed handgun on his walk. He wasn’t fast enough to save his wife’s life but he was able to save himself.

There’s a natural confusion that sets in when what we expect to encounter — like a nice walk with our significant other — takes a turn for the horrific.

A dog attack happening randomly out in the woods is about the last thing any normal person would expect.

It’s also why we promote the concept of preparing for the worst while hoping for the best.

There’s a very slim chance any concealed carrier will ever need to pull his or her gun in self-defense. That slim chance, though, could happen to any one of us.

There are irresponsible people out there in this world that don’t care if their dogs get loose. There are bad people who prey upon others. There are wild animals that are aggressively territorial.

Any number of reasons can culminate into a self-defense gun situation. If you don’t have your concealed carry pistol on you, you’re depending upon sheer brute force and will to survive an encounter. It may not be enough.

These two pit bulls are powerful examples of aggressive animals attacking. If they managed to knock down and kill the wife before setting upon the husband, there’s a good chance that if he wasn’t armed, he wouldn’t have stood even half a chance of keeping himself alive.

We strongly believe that a defensive mindset needs to incorporate not just you but also anyone you plan on protecting. You can’t protect anyone if you’re down and you certainly can’t protect yourself if you’re not carrying a concealed handgun.

It’s also why we cover incidents reminding gun owners why we carry.

Our Second Amendment right is reinforced by our daily commitment to carry a concealed handgun. It’s not just for yourself. You’re doing it for your close family and friends. There are people who depend upon you to defend yourself and them if the worst comes to pass.

If you’re someone who’s on the fence about carrying a gun, check out our article on why it’s okay to carry a gun you feel comfortable with versus trying to carry bigger or badder. Any bullet is a good bullet so long as it’s coming out of the barrel of your gun and heading towards a bad guy. It doesn’t need to be a big round. Heck, it can be as small and easy to manage as a .25 ACP.

Pick a gun you feel comfortable carrying. Practice with it at the range. Get your concealed carry permit. Get a holster you feel confident will keep solid retention over the gun. Carry concealed everywhere, everyday.

Previous article: Is This A DGU Scenario? Teens Throwing Sand Bags From Overpass, Killing Passenger In Vehicle Next article: When You Should Take Your Gun To A Gunsmith