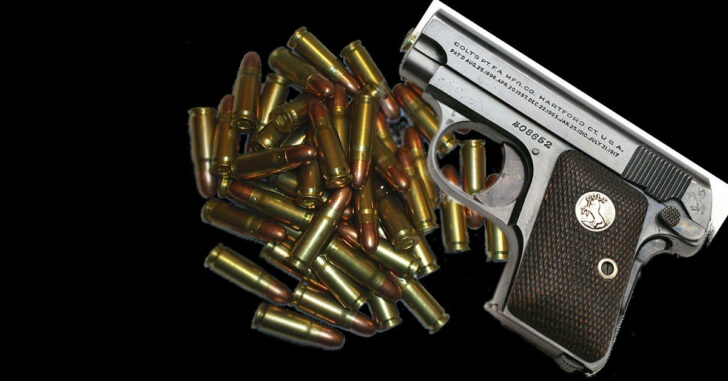 Recently, one of Guns.com’s writers, Terril James Herbert, wrote a very good article detailing three basic reasons why the .25 ACP caliber is pretty much dead in the water. No modern pistol manufacturers are prioritizing it and there’s very little attention on this small caliber pistol round.

Following the FBI report from the 1986 Miami shoot-out that lead to the death of two FBI agents, the FBI focused heavily on a larger pistol round than the 9mm. The 10mm was the first choice but eventually they went to the .40 S&W. In 2015, the FBI reported that they’re switching back to the hollow point 9mm.

All of the sudden, civilian market interest in .40 S&W dropped considerably.

Despite being available in damn near any pistol platform that accepts 9mm, I’ve seen .40 S&W chambered pistols going for as much as 30% less than their 9mm counterparts.

When it comes to concealed carry handguns, while many pistol manufacturers make sub-compact models chambered in .40 S&W and .45 ACP, there is considerably more handling required to get fast, accurate follow-up shots. Even the 9mm round, which is considered the gold standard mostly due to its ubiquitous use throughout the law enforcement and military communities, is hard to engineer to fit into a truly sub-compact or micro-compact form factor.

The 9mm Can’t Solve All Problems

A lot of interest, I feel, in the .25 ACP has waned because its not commonly used in micro-compacts where the 9mm or .380 ACP (9x17mm) is. However, the 9mm isn’t the perfect round for a truly small micro-compact centerfire pistol.

A great example of where even the 9x19mm round falls flat: Sig Sauer P238 versus the P938. The P238 accomodates the smaller .380 ACP round much more smoothly than the P938 does the 9mm round. Because of 2 mm in length, the P938 has a much more cumbersome feel than its younger, smaller predecessor.

Now, the .25 ACP round is two and a half millimeters narrower and two millimeters shorter than the .380 ACP. When it comes to power, I will concede the .25 ACP pales in comparison to the .380 ACP – delivering nearly 200 ft/s less muzzle velocity and a measly quarter to half the energy.

Where .25 ACP Wins – Capacity And Recoil

Where the .25 ACP truly shines is the superb lack of recoil while still inhabiting an equal or smaller form factor than a .380 ACP counterpart. Even a cheap Phoenix Arms .25 ACP pistol can hold a magazine of 9 rounds and still match and surpass basic dimensions of the very compact M&P Bodyguard .380 ACP pistol.

“Stopping power“? Penetration? Probably not for the .25 ACP.

Even though this is an antiquated rounds in many respects — and massive advances have come along for both the .380 ACP and .22 LR — the .25 ACP really should be given a second consideration for a concealed carry caliber. It’s unfortunate that not many pistol manufacturers see a market where there absolutely should be: truly concealable firearms.

Previous article: Man Killed By Gun Range Employee Due To Negligent Discharge Next article: How Much Should You Spend On A Concealed Carry Handgun?