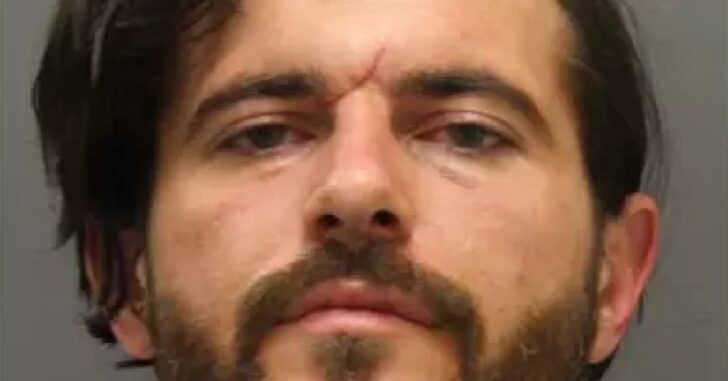 DENTON, TX — In a day-long dispute that began at three in the morning, a man was nearly shot after trying to attack his female roommate with a hammer, the Denton Record-Chronicle reports.

31-year-old Chad Knapp was rooming with a 23-year-old victim who had a prescription for Adderall, a medication often used to treat ailments related to ADHD. Unfortunately, it’s one of the most abused prescription drugs around.

Knapp stole the victim’s Adderrall, and tried to leave the apartment with it. The victim followed him.

When she tried to forcefully take back what he had stolen from her, Knapp shoved the victim, hard. He “pushed her so hard that she was thrown backward into a brick wall,” said Denton police spokesman Shane Kizer according to the Denton Record-Chronicle.

The victim was taken to a nearby hospital, where police noticed that she had bruising consistent with someone forcefully grabbing her.

She clearly was not in a good situation.

At about 8 p.m., the victim returned to her apartment, this time with her stepfather, who has a concealed carry permit.

Bringing him along would soon prove to be a wise choice.

The victim forgot her apartment key, according to the Denton Record-Chronicle, and was trying to get back into the apartment when Knapp appeared, wielding a hammer, and “yelling and cussing” according to Kizer.

The victim’s stepfather produced his firearm, and that was the ball game for Knapp. He was arrested on charges of assault causing bodily injury and deadly conduct, and put in jail.

According to police, upon being arrested Knapp claimed that there was no altercation hat morning, and that a man had just broken into the apartment and put a gun into his face.

I think he’ll have a hard time convincing a jury of that.