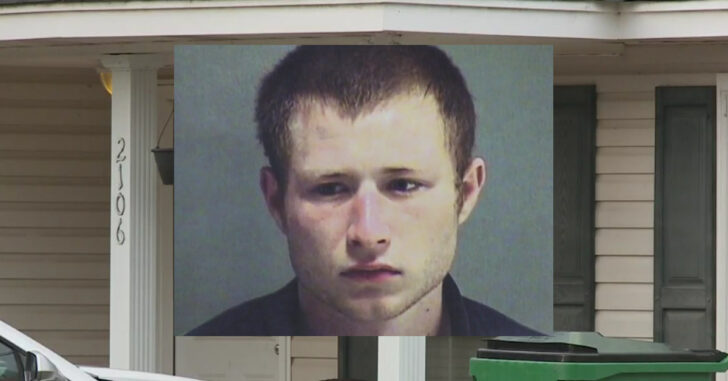 SLIDELL, LOUISIANA — A 22-year-old hopped up on cold medicine began acting irate and bashing a man’s truck in his driveway. When the homeowner came out, he told the man to leave. Instead of leaving, Seth Flores tried to grab the man’s gun. He was shot once in the neck and five more times center of mass. By the time police arrived, he was dead.

According to WWLTV 4 News, the homeowner will face no charges.

Prior to the incident, Flores showed up at his ex-girlfriend’s house and harassed her and her mother before they called 911. He fled the scene and then showed up at the homeowner’s property.

The mother of the ex-girlfriend lamented Flores’ death, saying that he shouldn’t have been shot.

“A life cannot be replaced,” she said. “I believe that he shouldn’t have been shot. He (Hicks) should have just shut the door and called the cops.”

Sorry, hun. That’s not how real life works. This isn’t a Lifetime Channel or Oxygen Network television movie. When a man grabs for another man’s gun, that’s a threat against his life.

What if Flores, in an altered state of mind and already acting aggressively, were to have taken hold of that handgun?

Does anyone think it would have ended well for the homeowner?

The homeowner did what he had to do to protect himself. Flores, under the influence of drugs, decided to present himself as a clear and imminent threat on another man’s property.

The minor details of why he was angry are irrelevant. That’s the thing about emotions: you’re free to have them. No one can tell you what to feel. But the second a person acts upon those emotions and does so in an aggressive, dangerous way that affects other people’s lives, it becomes their problem.

Fun facts about Seth Flores: he has a criminal history of violent behavior. This isn’t a man who makes rational decisions when he gets angry. Whether or not the homeowner knew that background or not is outside the purview of this article. The point is: there’s a man with a history of violence banging on the front door and breaking property. When he’s asked to leave, Flores tries to grab the homeowner’s gun.

Lover’s quarrel? Case of mistaken identity? Who knows? But more importantly, after Flores decided to threaten a man on his own property — those details stop mattering.

As for the gun owner, he’ll have to deal with the emotional ramifications of his actions for the rest of his life. It’s doubtful he would ever want to take another man’s life. He probably also didn’t want a madman smashing up his parked vehicle and trying to kill him.

As for the police that showed up, they likely would have had to deal with Flores’ violent behavior. After all, one of his previous charges is assaulting a police officer. Poor decision making skills and a penchant for assault… What’s not to love?

Defend your home, your property, and yourself as you see fit within the context of the law. Don’t take chances with violent people. That is all.

Previous article: Home Intruder Decides 3:30 AM Is A Great Time To Get Shot In The Shoulder Next article: Court Says Chicago Can't Restrict Gun Ranges To Commercial Areas -- Cites LACK OF PROOF For Restrictive Ordinances