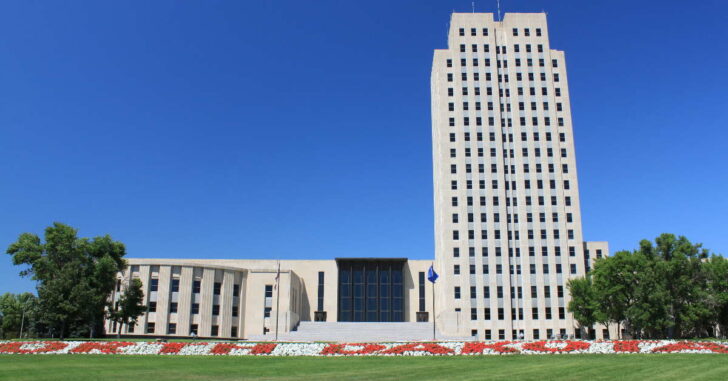 BISMARCK, NORTH DAKOTA — Legislation is heading its way through the North Dakota House and Senate that would effectively remove the need for a concealed carry permit. The new law proposed by Rep. Rick Becker, R-Bismarck, would allow any person legally allowed to possess a firearm to do so without the need of a permit.

According to the West Fargo Pioneer, that bill was introduced for this next legislative session that started on January 6th.

House Minority Leader Corey Mock, D-Grand Forks, brought up the issue of gun education. At present, North Dakota requires its concealed carry applicants to undergo mandatory gun safety training. This can include such topics as the basic rules of gun safety, when shooting is considered justifiable, and basic marksmanship. Without the mandatory training, Mock is worried that people will not take the time to familiarize themselves fully with their handguns before carrying them.

“I think everyone that I’ve spoken to who’s had it, myself included, really benefits from going through the permitting process,” he said. “I would like to find some way we can incorporate education if we’re going to discuss any changes to this law.”

Out of all of the arguments for removing concealed carry permits, the two that I stop to listen to closest are the education requirement (where present) and reciprocity.

The federal effort underway for the Concealed Carry Reciprocity Act of 2017 hasn’t passed, yet. Concealed carry reciprocity is STILL a big deal for those that travel. North Dakota’s Class 1 concealed carry permits are acknowledged in 39 other states. That’s one of the best reciprocity rates in the country for concealed carry licenses. If North Dakota goes permitless, some citizens are worried they won’t have the ability to carry out-of-state anymore.

To me, that is a valid concern — especially as my own home state may soon become permitless as well.

Becker addressed this issue by stating that the bill would not eliminate the permitting process for those who want to pursue a permit to travel out-of-state.

Idaho, for example, went permitless for residents but still retained its concealed carry license process for those who wanted to travel.

The education requirement, though, is the hardest of the two arguments to solidify.

Is it a good idea to take a firearms safety course? YES. Yes and yes.

It doesn’t matter if you never held a gun a day in your life or you grew up with daddy’s shotgun slung over your shoulder, a firearms safety course is a great way to familiarize yourself with basic safety concepts and even gain some insight that you may have otherwise missed.

If we’re going to be honest about firearms education, we need to acknowledge the fact that both experienced and inexperienced gun owners make mistakes that are avoidable and probably easy to correct.

Taking one mandatory course on firearm safety doesn’t mean a person will act competently with that firearm, though. Firearm familiarization and training needs to be a continual life-long pursuit for anyone serious about protecting his or her life. Requiring a course creates a temporary incentive to pay attention. There are people who graduate high school and are functionally illiterate. They still have a diploma in their hands when they leave. A person can go through a gun safety course and come out with a certificate so long as he doesn’t point his gun at anyone and can hit a piece of paper at 10 yards. A certificate doesn’t prove anything more than somebody’s butt warmed a chair for a required number of hours and/or passed a test.

So, it looks like North Dakota may join the likes of New Hampshire and others in removing the requirement for a permit in order to enjoy a Constitutional Right.

Previous article: Local New Hampshire Representative Knocks Her Concealed Handgun Out Of Its Holster Next article: MIT Student Invents "Smart Gun", Called The "Zuckerberg Of Firearms" -- Can We Stop, Please?