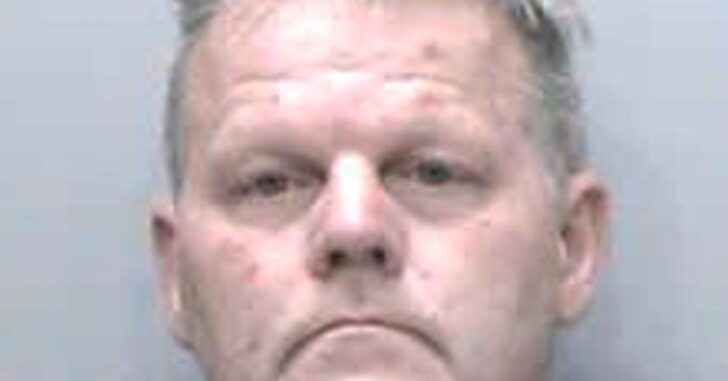 FERTILE, MINNESOTA — A man was arrested on charges of second degree attempted murder for shooting at a plane that was flying over his property, police say, and that’s why he earns today’s Irresponsible Gun Owner Award.

Chad Lynndell Olson, 51, was charged Thursday in Polk County District Court for allegedly shooting a Cessna small aircraft with a high-powered rifle from his property on Highway 32 northeast of the Fertile airfield on Oct. 6.

Olson has a history of making threats and shooting at planes flying over his home, according to a criminal complaint against him.

On Oct. 7, an area pilot told a Polk County Sheriff’s deputy that he heard an odd “twang” sound while flying his 1974 Cessna Skywagon the previous day in the area of Minn. Highways 32 and 102 near the Fertile airfield, where he had practiced touch-and-go landings.

While the pilot was washing his plane the next day, he found a bullet hole that came close to disabling the aircraft, and estimates the damages to be around $20,000.

And this isn’t the only time that Olson has apparently shot at aircraft.

A witness reported that Olson had shot at planes on at least 4 other occasions. Olson is also said to have made threatening phone calls to the FAA about the planes flying over his property. It is also reported that he threatened to use lethal force if he felt threatened by the planes.

I’m no expert, but the FAA should have had a red flag pop up after the phone call(s), as that doesn’t seem to be an appropriate response to planes flying over your home.

In any event, Olson shows us how to be an irresponsible gun owner, and now faces many years in prison for the charges he is facing.