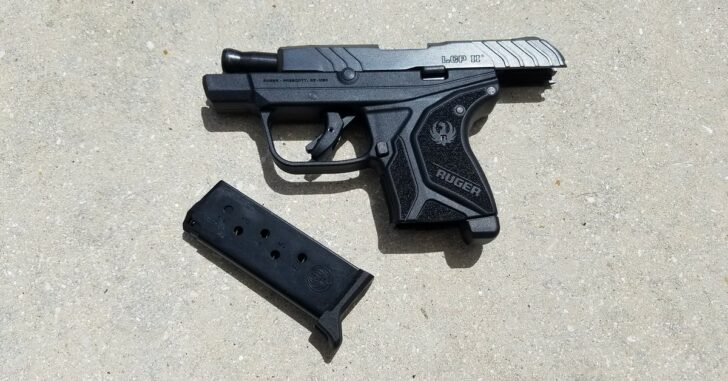 The light weight variants of the snub nose revolver or the popular small pocket guns chambered in 380 are really the smallest guns we can carry that are still fairly adequate defensive firearms. However, they are not easy guns to shoot well. Combine a short sight radius, a gun that weighs only around 12 ounces unloaded, with a trigger that has a long travel and heavy pull and you have a gun that is not friendly in terms of accuracy. A step up in size to one of the many popular single-stack 9mm handguns will provide a weapon that is much more user friendly and more shoot-able for most people, and considerably more powerful. For those that need deep concealment, however, guns like the Smith and Wesson J Frame revolver, the Ruger LCR revolver, or the small 380 autos such as the Smith and Wesson Bodyguard 380 or the Ruger LCP, offer inconspicuous carry beyond anything else.

These small guns are difficult to shoot and most consider them capable of little more than contact distance defense. However, these can be far more than strictly belly guns, but it demands some time and effort in training to gain proficiency. Since these guns are often unpleasant to shoot most don’t put in the requisite time.

With commitment the snubby revolver or the pocket auto can be used to good effect and there are certain techniques that prove critical to using either of these platforms. I generally encourage the carry of larger weapons but if you are in environments where concealment is paramount having a small revolver or a pocket auto is much better than having no gun at all. Following are some tips for maximizing your shooting skill with these weapons. The small pocket autos most often have double-action triggers so there are basic similarities between these autos and the small revolvers in terms of the challenges faced when using them.

Grip it Hard and High

You need to hold these little guns with a rock solid grip to control the recoil and to help fight your hand’s natural tendency to move sympathetically when pressing the heavy trigger. Be sure to have a high-tang grip on the gun so that the web of your hand is placed as high as possible on the back strap, again, to manage recoil. When shooting very small auto loaders be conscious of slide bite, however, as small autos, when combined with large hands, can easily lead to the rear of the slide cutting the web of your hand. On small revolvers you can typically grip as high as possible.

You may find that using a standard thumbs-forward grip, as is most typically used on an auto loader, works fine for you, even when using a small gun but you may want to verify that your thumbs do not sit too close to the cylinder gap of a revolver with this grip. Many dedicated revolver shooters use a modified grip that curls the thumbs over one another to avoid this. I find that for people with average size hands using a standard thumbs-forward grip does not actually cause any issues, especially if using only 38 Special ammo rather than 357 Magnum loads, but you need to verify this for yourself and modify your grip if necessary.

You need to be diligent in smoothly pressing the trigger directly to the rear on a double-action small autoloader or revolver. There is a lot of travel and a lot of weight to deal with in these trigger mechanisms so you must avoid throwing your shots due to poor trigger manipulation. When shooting in double-action only mode with a revolver, as you probably will be doing exclusively for any kind of self-defense oriented shooting, you can actually learn to stage the trigger for more accurate shots at distance. Staging the trigger involves taking up all of the slack and travel to the point right before the trigger breaks. The trigger on the small pocket guns can often be staged as well.

Within 7 yards or so you should be able to make combat accurate shots with a swift but smooth and consistent press through the trigger stroke. At farther distances a good technique of staging the trigger can provide better accuracy than most realize. I am able to make consistent hits at 50 yards on a silhouette with my Ruger LCR revolver if I am mindful of my trigger manipulation. You will find that you will do better with these guns if you use the first crease of the index finger on the trigger, not the pad, as the heavy pull weight demands more power than do larger autoloaders with lighter triggers.

Due to the more explosive recoil of these little guns it is easy to develop a flinch, in which you subconsciously snatch the gun downward when the shot goes off. This, of course, throws your shots low. The best way to fight this flinch is to insert dummy training rounds mixed in with live ammo in the cylinder. You will be aware of the flinch when you snap on a dummy round while expecting a live round and notice how you snatch the gun downward. Doing this dummy round exercise periodically will help you be aware of the flinch and work to avoid it.

Know your Point of Aim/Point of Impact

Small guns are particular concerning what loads they shoot to point of aim. The small revolvers are especially so. For example, I find that newer lite weight revolvers like the Ruger LCR seem to shoot more accurately with modern lite-for-caliber loads like the 110 grain bullet offerings as opposed to the standard 158 grain loads more common back when all-steel revolvers were in use. Bullet weight makes a significant difference in where these guns impact, so do some testing and carry a good modern hollow point load, but one that hits to point of aim. The small autos will also have favorite rounds concerning accuracy. All handguns will vary in accuracy based on the load but these small guns are even more finicky in this regard.

These are several key considerations when shooting small revolvers or pocket pistols with long and heavy triggers. Consciously apply these techniques and you will find that your tiny deep-concealment handgun can do a lot more than you may think.