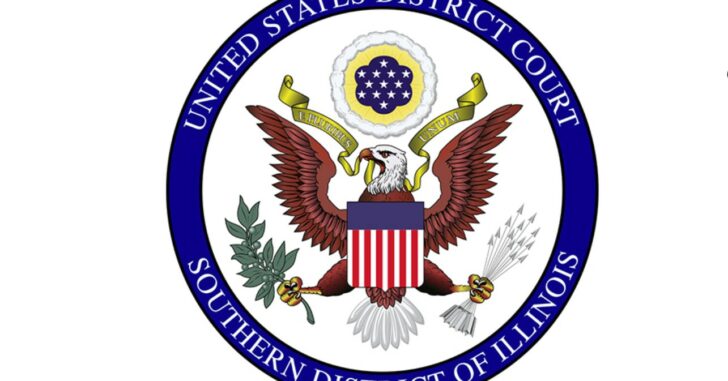 On Thursday, the United States District Court for the Southern District of Illinois held that some felons have the right to keep and bear arms. Larry Hatfield pled guilty to a non-violent felony 28 years ago and wants his Second Amendment rights back.

Plaintiff Larry Edward Hatfield wants to keep a gun in his home for self-defense. But the Government bans him from doing so, because 28 years ago, Hatfield lied on some forms that he sent to the Railroad Retirement Board: a felony in violation of 18 U.S.C. § 1001(a). Hatfield later pled guilty to one count of violating the statute, an offense for which he received no prison time and a meager amount in restitution fees pursuant to a formal plea agreement with the Government.

Now, Hatfield brings this as-applied challenge to 18 U.S.C. § 922(g)(1)—the statute that bans him from owning a gun—on the grounds that it violates his Second Amendment rights. Hatfield embeds his argument in United States v. Williams, 616 F.3d 685 , 692 (7th Cir. 2010), which instructed that “[the Supreme Court’s decision in D.C. v. Heller, 554 U.S. 570 (2008)] referred to felon disarmament bans only as ‘presumptively lawful,’ which, by implication, means that there must exist the possibility that the ban could be unconstitutional in the face of an as-applied challenge.” If there is any case that rebuts that presumption, it is this one. So for the following reasons, the Court GRANTS summary judgment in favor of Plaintiff Larry E. Hatfield.

Judge Gilbert didn’t have any kind words for the government’s argument in the case . . .

[T]he Government—instead of focusing on a narrow class of as-applied challengers—rests their position on the broad idea that since felons have shown a “manifest disregard for the rights of others,” the Government may immediately strip them of their Second Amendment rights. The Government seems to think this is the case even if they cut a plea deal with the felon that recommended zero days in prison, like they did with Hatfield.

It is absolutely impossible to reconcile the Government’s positions here that (1) a specific felon is so harmless that the felon does not need to go to prison for their felony conviction, but also (2) the felon is so dangerous that they should be stripped of their right to own a gun and defend their home. This type of logical inconsistency shows that the Government is not taking the Second Amendment seriously. The Second Amendment has to mean something as a matter of law, policy debates aside. Overbroad policies ignoring a constitutional amendment are inexcusable.

The problem stems from the ever-expanding list of felonies an individual can be charged with. Felonies are defined in federal law as crimes for which a person may be imprisoned for more than a year. There are so many federal felonies that treatises and books have been written about the impossibility of living in the United States without committing felonies.

At the time of the founding, there were only nine crimes that were considered felonies. They were murder, rape, manslaughter, robbery, sodomy, larceny, arson, mayhem, and burglary.

Government has expanded the list to many thousands of regulatory crimes. Many of the arcane gun laws across the nation, particularly federal gun laws, make relatively minor regulatory crimes felonies.

Sell a gun to another person who lives in a bordering state and it may be a federal felony, even if the other person can legally own and buy the same gun in his state. This creates a regulatory reign of terror. People are discouraged from exercising their rights because they might be inadvertently violating federal law.

Prosecutors can go after individuals and work to “find the crime,” instead of prosecuting crimes they know have been committed. Ayn Rand summed up the process well:

“Did you really think we want those laws observed?” said Dr. Ferris. “We want them to be broken. You’d better get it straight that it’s not a bunch of boy scouts you’re up against… We’re after power and we mean it… There’s no way to rule innocent men. The only power any government has is the power to crack down on criminals. Well, when there aren’t enough criminals one makes them. One declares so many things to be a crime that it becomes impossible for men to live without breaking laws. Who wants a nation of law-abiding citizens? What’s there in that for anyone? But just pass the kind of laws that can neither be observed nor enforced or objectively interpreted – and you create a nation of law-breakers – and then you cash in on guilt. Now that’s the system, Mr. Reardon, that’s the game, and once you understand it, you’ll be much easier to deal with.”