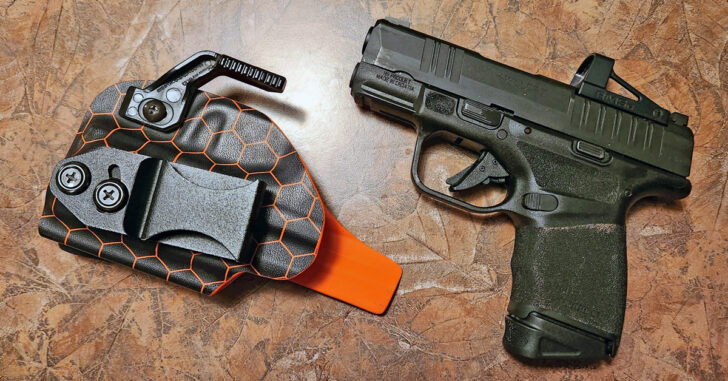 An estimated six million American adults carried a loaded firearm with them on a daily basis in 2019, according to a new study published by the American Journal of Public Health.

This statistic doubles the number of daily carrier from 2015.

The study is an attempt to wrangle with the fact that relatively little concrete research has been done into the day-to-day carrying habits of handgun owners.

“Little is known about the frequency and features of firearm carrying among adult handgun owners in the United States,” the study reads.

“In fact, over the past 30 years, only a few peer-reviewed national surveys, conducted in 1994, 1995, 1996, and 2015, have provided even the most basic information about firearm carrying frequency.”

Add to that the 2019 survey and we have a reasonable snapshot of what’s going on in the firearms carry world.

The study noted that the reasons for firearm ownership has shifted since the first surveys from sport and hunting to personal protection, which may explain this huge percentage increase.

According to the report, 46% of firearm owners possessed firearms for protection in 1994. In 2015, that number has increased to 65%.

With personal protection becoming the order of the day, the study also noted a disproportional rise in the ownership of handguns.

As people gain a further understanding of their own responsibility to protect themselves, it’s not unreasonable to expect the number of people carrying handguns daily to continue to rise.

Previous article: How Many People Are Carrying Guns Without a Permit? Next article: Armed Citizen Shoots 2 Of 3 Suspects During Incident At Mall