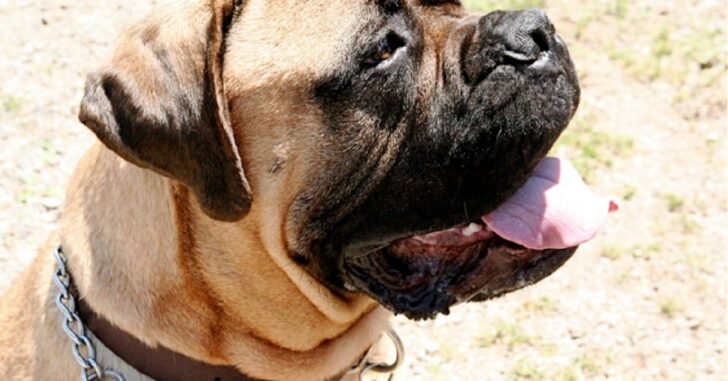 ROSEVILLE, MI — A man was recently forced to shoot and kill a dog that attacked and threatened the life of his own animal, WJBK reports.

Police were told by a 52-year-old man that he and his pet Mastiff were out on a walk when the two of them were approached by a pair of dogs who escaped from a nearby home.

The two dogs, a pit bull and a lab mix, had reportedly forced their way out of the fence that held them, and then attacked the man’s dog without provocation.

The owner attempted to fend off the pit bull, but was unable to do so. The animal was just too strong, and although Mastiffs are very big, two dogs versus one is hardly fair.

The man said that he was fearing for his life, so he produced his handgun which he was permitted to carry, and shot the pit bull, killing it. WJBK did not note the fate of the second escaped dog.

The Mastiff reportedly suffered a few injuries but is expected to come out of everything OK, which is perhaps the one happy part of this story.

No one likes to see an animal die, much less be the one who causes its death.

But that is what can happen when dogs are poorly trained and kept.

Whoever the owner of the pit bull was, there is no question that they owed their dog better attention and instruction than what it got.

Pit bulls are often the subject of news covering animal attacks, and the reason is simple — these are large, muscly, energetic dogs that too often end up in the hands of owners that are willing to neglect them to the point that they become a danger to society.

Don’t ever forget folks — taking care of your animal is part of being a responsible citizen.