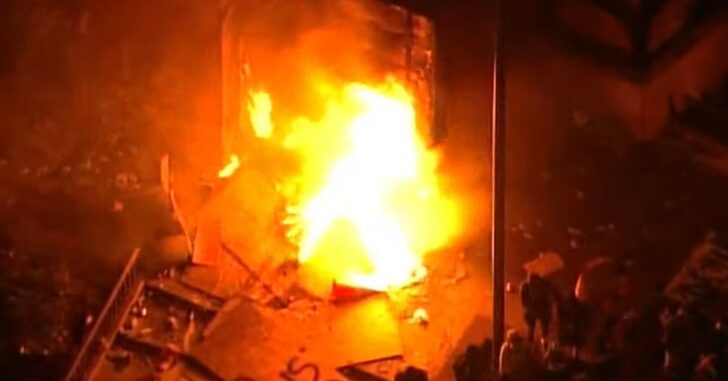 Minutes ago, President Trump sent out a series of tweets regarding the riots in Minneapolis, Minnesota. He criticized the Mayor’s handling of the situation, and promised to send in Military backup if it were needed.

He went on to say; “Any difficulty and we will assume control but, when the looting starts, the shooting starts.”

….These THUGS are dishonoring the memory of George Floyd, and I won’t let that happen. Just spoke to Governor Tim Walz and told him that the Military is with him all the way. Any difficulty and we will assume control but, when the looting starts, the shooting starts. Thank you!

I’m not sure where Trump has been, but the looting started over a day ago. While is reference to shooting can be seen as vague, I personally take this as saying: If people are going to loot and destroy property, not a soul on earth should be surprised if people start defending their property and lives.

But it could be something else entirely.