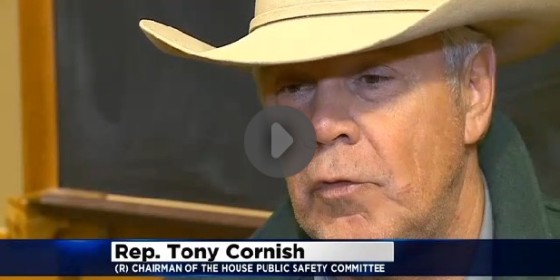 There are still sane and logical people out there, and Minnesota State Representative Tony Cornish is one of them fighting for our rights. A recent terrorist threat against The Mall of America has people in the state on edge, but the mall has a “no guns” policy that effectively disarms the law-abiding citizen while shopping.

“This is completely ridiculous. The complete opposite of what they should be doing,” Cornish said. “If we’re threatened with an attack, the last thing you want to do is disarm citizens.”

Representative Cornish said the intent was to allow legal weapons in open areas, like malls and mall hallways, while giving individual stores the option to ban them.

Cornish says that the mall has misinterpreted the law and is planning to challenge them on it. We’re going to be watching this closely to see if the mall changes their stance on concealed carry.

Previous article: Obama Aide Warns Citizens To Be Vigilant At US Malls; Citing Terrorist Threats: MOA Bans Guns Next article: [BEGINNERS GUIDE] Single Action, DA/SA, or DAO: Which One Is Right For You?