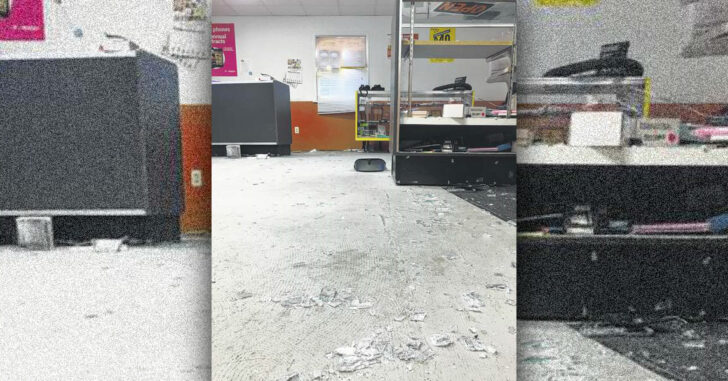 LUMBERTON, NC — One man is creating controversy in the gun community after consciously shooting a shotgun to wound — not to kill.

G.H. Smith, 66, was working at his cell phone business at about 3 in the morning when he heard a crash — multiple people were breaking into his store.

“I shouted at them ‘Hey. What y’all doing?'” Smith said according to The Red Springs Citizen.

“The other two jumped out the window, but the other guy started this way. It was dark and there was only this night light on … I hollered at him. I thought he had a gun because he was so bold. He was bad. That’s when I thought I’d better stop him right now.”

He had a shotgun with him and he decided to aim it… at the intruder’s legs.

“And I wasn’t trying to kill him,” Smith said.

“You see that Bible right there, that’s my mother’s. Y’know my mother comes in about every day and she’s 84. I think if I’d of taken his head off she wouldn’t have come back anymore. She doesn’t need that extra stress on her. That’s the only thing that saved him, I think. It was a scary situation.”

The teen, as the intruder proved to be, was taken to the hospital for treatment. No one else was injured.

Although this man certainly had good intentions when he aimed for the legs, his doing so can be debated for years. Do you shoot to injure, shoot to kill? You shoot to stop the threat.

Let’s just be thankful this story turned out the way that it did.