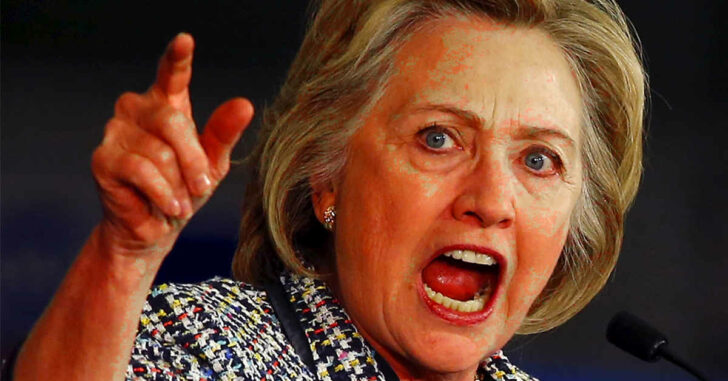 For those of us who may not have been old enough to vote or even understand what a constitutional right is, we may easily forget that it was William Jefferson Clinton who on November 30, 1993, signed the Brady Act into law. This law explicitly curtailed the rights of gun owners and law-abiding citizens by placing undue restrictions on how a person may obtain a firearm. The Bureau of Alcohol, Tobacco, and Firearms still tracks states which have their own laws based closely off of the Brady Act. George H. W. Bush allowed the Brady Act to expire in 2004. Now it may be rearing its ugly head once again.

Now, on November 8th, we may look forward to reversing that course and returning to a time when guns were arbitrarily defined by made-up terms such as “assault weapon” and honest, hard-working Americans have to live in fear that their magazines may be outlawed or their guns may inadvertently make them criminals.

Hillary Clinton stated in her address in the Democratic Primary debates of 2008, “I respect the Second Amendment. I respect the rights of lawful gun owners to own guns, to use their guns,” adding, “we will strike the right balance to protect the constitutional right…”

But what balance is this? We need look no further than her actual campaign platform to find out. Every FFL seller in the country already has to go through this process. There are already a host of reasons why an FFL cannot sell a gun to someone. But she specifically references to the Brady Act — an act which curtailed and unconstitutionally restricted the rights of law-abiding citizens in this country.

Ever go to a gun store and try to purchase a gun only to be held up for hours for the NICS system to clear you? Imagine waiting an eternity. That’s precisely what Hillary Clinton is proposing when she talks about removing the requirement for a background check to return in no more less than 72 hours or the sale can proceed. She could effectively lock down legal gun sales if she removed the ‘Charleston Loophole’.

Clinton Has Promised To Abuse Her Executive Power

Right in her platform, she states that if Congress refuses to do exactly what she says, she will unilaterally take control and enact executive orders to override them. That’s not supposed to be what a President does. A President is supposed to work within Congress to ensure that the right legislation is being passed.

Clinton Willing To Break Laws To Get What She Wants

Even as bushels of information are disseminated from the latest ten Podesta email releases, we’re already getting an explicit picture of a person who is very much invested in undermining the rights and liberties of everyday Americans for personal benefit.

Subtracted from a Second Amendment stance and what we’re now seeing as a systematic undermining of the very democratic institutions which we have depended on to maintain our government. Even the FBI acknowledges that her Undersecretary of State Patrick Kennedy explicitly requested to alter the classification of documents in exchange for “quid pro quo”. Even as this presidential candidate moves to undermine the safety and security of millions of Americans, she is willing to breach and destroy one of the inalienable rights enshrined in our very own constitution.

This is an election like no others, folks. Perhaps never before and hopefully never again, we’re seeing one of the most deplorable state actors in the history of the United States unilaterally push for the utter destruction of the Second Amendment. Her campaign and her future officers will not hesitate to place good law-abiding Americans in direct jeopardy if it furthers their motives.

Choose wisely, America. Your ability to keep and bear arms is at stake.