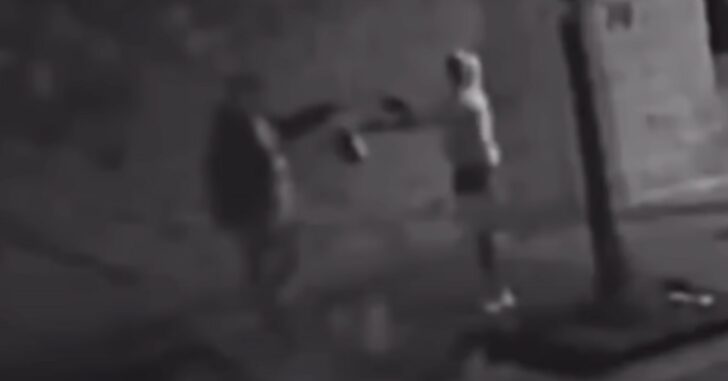 No one like to be a victim, and some victims make the decision to fight back in an effort to control and win the fight. Sometimes it works and sometimes it doesn’t, but it’s always a very risky thing to go against what the bad guys are planning.

On the other hand, if you decide to comply, you could get shot anyway.

The man walking down the street decided to try and take the armed robber’s gun, which he was briefly successful in doing so. The scenario turned when the bad guy’s buddy came to join in and they were able to regain control over the gun.

The initial bad guy shot the victim 3 times and left him for dead, but miraculously the man survived his injuries, although he has a long road to recovery ahead.